Why Do You Want to Leave the US to Go Back to Live in Your Native Land?

Leave the US? Are You Feeling Ok?

“I really agree with one sentence that my father once said to me. God had an eternal plan in bringing him from the country where he was born. So, he could never return to life and service in our motherland. It’s the same for you: God has a plan in bringing you from the land where you were born to live in the US. So you shouldn’t return to the land of your birth.”

This is what one pastor said to me when he heard I was planning to return to my birth country.

I didn’t think a whole lot before replying:

“God wanted your father to be like Abraham, blessing people he didn’t know. God wants me to be like Moses, returning to my own people to live among them and be a blessing to them. “

Even though I knew that I would return to the nation of my birth to live and serve there, I really had no idea when or how I would go, where I would live or what I would do there.

In 2018, I arrived with my wife in my birth country in Asia to live and serve among a minority people group. God used a total of 17 years to guide and prepare me. Let me describe in some more detail the guidance and preparation that God gave to me.

I was just preparing to begin university studies when I became convinced God was calling me into full time Christian service. By God’s blessing, I was able to finish my undergraduate degree more quickly than many classmates whose grades were better than mine, and who had been studying for longer than I had. I’m so thankful to God for this because I’m actually not a great student.

It takes me a long time to understand new concepts and I’m not particularly good at reading. Relying on my own abilities, there is no way I could have completed an undergraduate degree in four years. And, I had no idea how important this degree would become to me in the future. Without an undergraduate degree I would have had no way to study for a masters. Even though I didn’t realize this, God knew exactly how to prepare me to follow his paths.

Studying for a Masters: You Must Be Joking!

After completing my undergrad, I worked for three years. I really enjoyed my work and I liked my colleagues. But throughout these three years, one thought never left me: I need to do a masters in western religion and theology. But every time this thought came to me, I said to myself,

1) Finishing four years of undergraduate study was already hard enough for me.

2) I only just scraped by with a pass to get my undergraduate degree. There’s no university who would accept a student with grades like that for a master’s degree.

But I still couldn’t shake this idea of studying for a masters. After three years, I started praying earnestly about it, giving the idea of further study to God. At the same time, I started applying for study programs.

When I received the acceptance letter from one of the best universities in North America for religious studies and theology, I knew it had to be God’s guidance, especially since I had only applied to this one university.

Three years later, after graduating with my Master’s degree, I started an internship in a Christian non-profit. After one year, I became a full-time employee. I often wondered how long I would need to wait until I could respond to God’s call and return to my mother country to live and serve.

Every time I prayed about this, God would remind me to make the very most of the opportunities for service that were right in front of me, and make use of what I had been studying. And just like that, seven years passed by. God was giving me different types of work to consolidate what I had learned in my studies. During these seven years, many aspects of my character were consolidated and affirmed, particularly through different work opportunities. All the while, God was preparing me for His service.

Just before I finished my internship, I had the opportunity to partner with another group to visit the Shan people in Southeast Asia for 8 weeks of research. Almost 500 miles from east to west, I visited 20 different towns and talked with countless Shan people, getting to know them.

In this whole area there were no Christian outreach activities, and no believers. This touched my heart. To my surprise, in our day there are still places that have no Christian outreach. After a few weeks of thinking and praying, I knew very clearly that God was asking me to live out a life of faith in Jesus among a minority people group, to allow them to understand the Gospel of Jesus.

But a thought stayed in my mind: there are so many minority people groups in the world. Which one should I go to? After my 8 weeks of research, I returned to the US and signed up as an auditing student for classes in world religions. After a few years, I had taken just about all the college’s courses about other religions!

At the End of a Mud Road…is a Minority Village

In my first year as a full time employee of a Christian organization, I had the opportunity to take part in an 8-week prayer journey along the ancient Silk Road. In each place, we got to spend time with a different people group and pray for them.

One day, in a very remote countryside area, all I could see in front of me were fields and a mud road. I started to wonder if this type of journey actually had any meaning.

I quietly prayed in my heart, “Lord God, is this trip a big waste of money and time?”

In that moment, a thought came to my mind, “You’re a carrier of the Gospel of Jesus and you think there is no meaning in coming here, that it’s a waste of money and time. So it’s no surprise that other people don’t come here. Do you know that at the end of this mud road is village after village of people who have never heard the Gospel of Jesus. No one is willing to traverse this mud road to tell them. Are you willing to take the Good News to them?”

Right when I thought I was in the middle of something completely meaningless, this deeply meaningful message came to me.

Identification Through Prayer is Good, but Practical Action is Also Needed

Lastly, I would like to share with you a verse that impacted me very early on, “Seek first his kingdom and his righteousness, and all these things will be given to you as well.” (Matthew 6:33)

How my wife was called to this life of service is another story entirely. 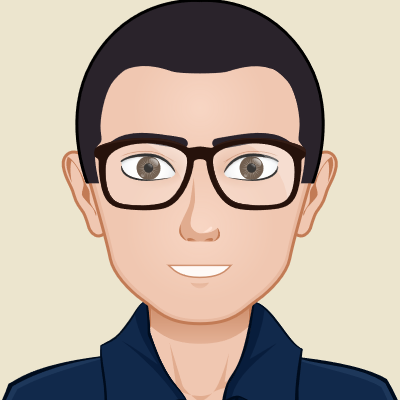 Chad was born in Asia, then moved to the US when he was a teenager. He had been burdened to return and live in his motherland. After he got married, he and his wife moved to his motherland and have lived there since in 2018. They especially like studying and researching minority cultures and knowing the people. They also find opportunities to let others know what values they uphold and believe.

Subscribe
0 Comments
Inline Feedbacks
View all comments
wpDiscuz
0
0
Would love your thoughts, please comment.x
()
x
| Reply
The OMF US website, like most, uses cookies to help provide you with the best possible experience. Learn more