In the aftermath of the martyrdom of the Auca Five in the jungles of Ecuador in 1956 there were many questions being asked. Had these men wasted their lives? What about the five widows and nine fatherless children that were left behind?

Part of the answer can be found in Jim Elliot’s most famous quote,

Elizabeth Elliot, Jim’s widow, understood the significance of these words. Within just two years she and Rachel Saint, returned to work among the Huaorani and were able to see many come to faith in Christ.

What compelled the Elliots to sacrifice their lives in that way?

Elizabeth adds her own explanation to that of her husband,

“It is the love of Christ that constrains us. There is no other motivation for missionary service that is going to survive the blows of even the first year.”

Elizabeth is quoting directly from 2 Corinthians 5:14,

“For the love of Christ compels us, because we judge thus: that if One died for all, then all died” (NKJV).

What Is the Biblical Motivation for Missionary Work?

A closer look at this verse is needed if we are to grasp a proper biblical motivation for long-term missionary service.

The first thing to settle is whether Paul is stressing Christ’s love for us or our love for him. Commentators favor the former, while not dismissing the latter. Christ’s love has a controlling, constraining power within it. As seen in the underlying Greek of the word “compels”, Christ’s love has a compressing or arresting feature that makes us focus more clearly on one single object.

The same word is used in Matthew 5:41 of a soldier who “compels” a civilian to carry a burden, “And whoever compels you to go one mile, go with him two.” Such compulsion shows the controlling force that is needed to make someone do something they would not choose or normally do.

But what a minister of the gospel needs most is a positive compulsion. One that is strong enough to for them to choose humble service to God and their fellow man for the long haul.

The only compulsion strong enough for such a task is the love of Christ.

Other motivating factors for missions have been suggested, but they fall woefully short when compared to the agape love of Jesus:

Duty – Paul often used the life of a soldier to highlight certain Christian traits (2 Timothy 2:4) and we would all agree that a soldier must be dutiful. But simply serving others out of a sense of duty or even for a noble cause may prove to be inadequate for long term service.

Need – This present generation has “global information overload” and is hyper-sensitized to the human suffering, mass shootings, ISIS, human trafficking and other injustices. Their desire to make a difference in this fallen world so replete with social justice issues often compels them to action. Such a desire is admirable, yet many find that the sheer magnitude of the needs around them are overpowering.

Like Jesus, we should do what we can to relieve human suffering, yet if physical needs alone is what compels a person, he or she should not be surprised if they “burn out” quite quickly.

Desire for Adventure – The advent of media and YouTube has exposed many young people to a glamorized and idealized understanding of working in a cross-cultural context. Foreign countries are pictured as a place of exotic experiences, cultures and foods.

They envision a life with plenty of thrills as they enter the mysterious and novel life of an expat on a foreign shore. There is no question that mission life is an adventure, but over time the adrenaline wears off and many get a rude awakening when the realities of life on the field set in.

Elizabeth Elliot had no doubt witnessed missionaries who made one or more of the above as their chief motivators – with predictable results.

Duty, need and adventure may factor into a decision to go overseas, but they are never sufficient. What is needed is an overarching love motivation that will take a person through his first year into his first term and hopefully many subsequent terms.

Love Is the Greatest Motivation

One of the best sections of scripture that addresses the issue of motivation can be seen in the analogies that Jesus uses in Luke 15.

Luke 15 records a parable in which Jesus made three analogies to the grumbling Pharisees and scribes who were questioning his association with sinners.

The first was a shepherd that left ninety-nine sheep to search for one that was lost. The second was a housewife who lost one of her ten coins and search diligently until she found it. The final analogy was actually two lost sons who ended up experiencing the love of a godly father.

The motivation for the shepherd was the loss of a single animal who had great value to him. The housewife was concerned that she would have a financial loss of a coin that was worth about 20 cents. Each had high motivation to find their lost object, but the father’s motivation was much higher. He had a deep love for his beloved sons that made him long for them and gave him the perseverance day after day to look to the horizon in hopes of seeing his prodigal once again.

In the whole of Scripture, it is hard to find a better example of the heavenly Father’s love than the one you will find through the actions of this father towards his prodigal. Grasping the depth of such love is indeed the best motivating factor for those who wish to make a lasting impact for the gospel in this world.

What Are Your Motives?

Any treatment of motivation in the Christian life should also address a corollary issue – motives. Man is concerned with outward acts, but God goes deeper and is able to weigh unseen motives. When you think about a believer’s judgement, most emphasize the outward acts, whether good or bad.

However, 1 Corinthians 3:12-15 makes it clear that at the bema seat of Christ the totality of a person’s actions and thoughts will be evaluated resulting in reward (gold, silver, precious stones) or loss (hay, wood and stubble).

If the motivation for our service is God’s glory and the furtherance of his kingdom then there will be a reward, but things done in the flesh for our own glory will be burned up and we will suffer loss.

Thus, if our motives for wanting to be a missionary are potential accolades for the “sacrifice” we make for God, then the Lord will make a righteous evaluation. No doubt much of such fleshly service will be burned up.

Yet if our motive and constraining focus is our love for Jesus and his creation, then there is the promise of a reward.

May we all live in such a way that our service for God will be grounded in God’s love for us and our response of loving service to others. 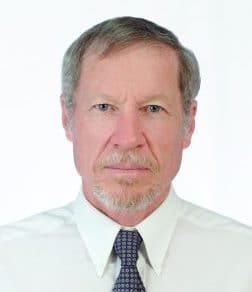 Dr. Larry and Paula Dinkins served 22 years in Thailand with OMF in church planting and theological education. Later they served 9 years as mobilizers in Pasadena California at the US Center for World Missions. Paula was called home to glory in March of 2011 and Larry returned to Chiang Mai Thailand for full-time ministry in 2012. Larry rejoined the staff of the Chiang Mai Theological Seminary and acted as Director in 2019. Larry teaches seminars on Walk Thru the Bible, Perspectives, prayer counseling and oral Bible story telling. He has four children and eight grandchildren. Presently, Larry is Missionary in Residence at Dallas Theological Seminary.