There’s nothing like a good old, depressing missionary story to inspire you to the mission field.

God first put Taiwan on my heart as a second year medical student when some missionaries to Taiwan came to school and spoke on an unusual topic: Why they were leaving the Taiwan mission field.

Despite struggling for seven long years, these two young, white missionaries revealed they simply could not learn the language.

They asked those of us who were Taiwanese in the room to consider that maybe God gave us our heritage, language abilities, and skills not by accident. Maybe God wanted some of us to one day reach our own people.

Later that year, my family visited Taiwan for the first time in twelve years. It was during this trip I felt God asking me to reach the Taiwanese people.

My family comes from a tiny town in Taiwan that most people have never heard of. There’s not much to do there. No internet, no movie theaters, not much of anything except the local 7 Eleven. On most days I walked around the town. As I looked out at the rice fields, the temples, and the people, I remember thinking, “you may not have grown up here, but this is your home. You may not know these strangers, but they are your brothers and sisters.”

I dismissed these thoughts as emotional side effects of finding my roots for the first time. Little did I know that these feelings would never fade.

Then I returned to the U.S. and completely lost track of time. Before I knew it, ten years had gone by – I finished residency, got and subsequently quit two clinic jobs, switched careers, moved cities, and got married.

At the end of that journey, God had blessed me with an ultra-stable job on the faculty at Massachusetts General Hospital in the field of medical informatics. In fact, my department boasted that in 40+ years they had never had to lay anyone off. Career-wise, my dreams had already come true, and I was set for life.

What became clear to us is that there has been no spiritual breakthrough among the working class in Taiwan. For years the missionaries have continued to befriend, witness, and care for them. Many of the missionaries were nearing retirement with little to “show” for their missionary careers. I immediately thought of the old analogy of a stonecutter hammering away at a rock. He may hit it 99 times without so much as a crack showing in it. But on the 100th blow, the rock will split in two. It was not that last blow that did it, but all the ones that had gone before.

These missionaries knew that often the price of spiritual breakthrough is decades of disappointment, but they were willing to pay that price.

Their attitude left an incredibly deep impression on Rachel and I.

God Laid Me Off and it Was a Miracle

We came back to the US and took a Perspectives class. One of the speakers challenged us to pray, “God, I’m going to serve you in _____ unless you stop me”. Over the next 2 weeks I did end up praying that prayer. Not faithfully, and most of the time whenever it popped into my head, I was riding the subway or running errands. I thought nothing of my prayer, because it was kind of half-hearted, to be honest.

On May 21, 2014, out of the blue, I got laid off from a job that I could not be laid off from. Unexpected and unprecedented budget cuts is what I was told. I specifically asked my boss if it was my personality or my job performance, and he said no. As soon as I left my boss’ office, I knew who had actually laid me off. God.

He had given me the medium-sized miracle that I had asked for, and now it was on me to decide if I was going to keep my promise to God. So, I reached out to the one contact that I had in Taiwan for a job. Within a week, I had lined up a job in Taiwan. Rachel and I reached out to OMF as well, and after some phone interviews and emails, they asked us to formally apply. 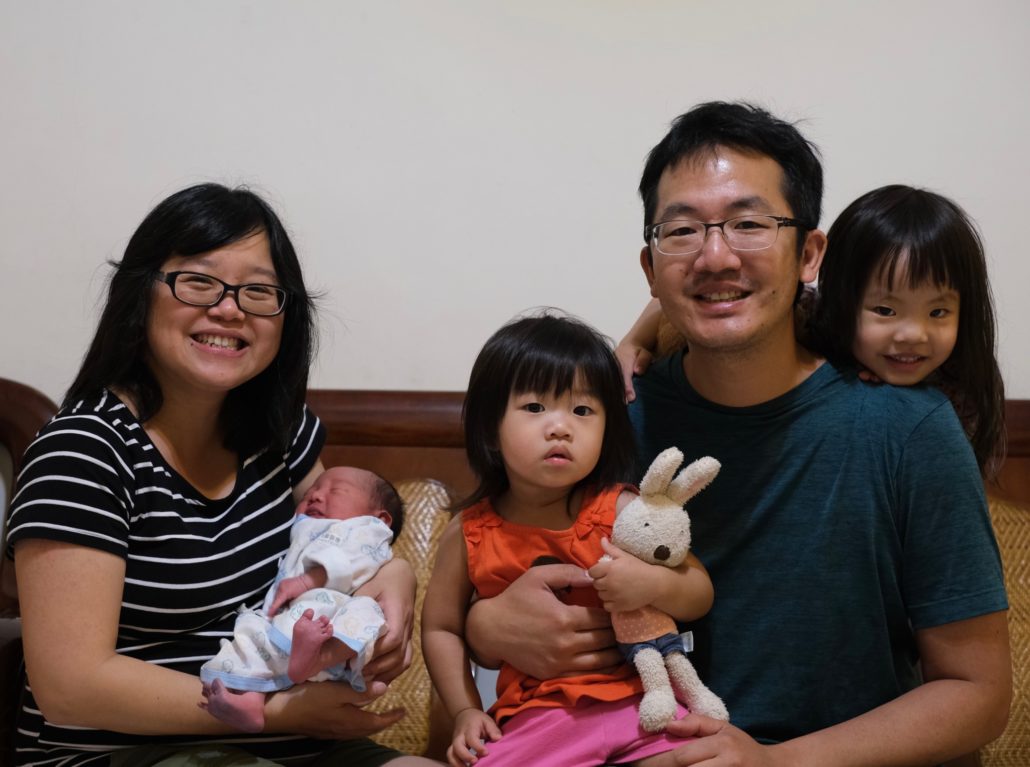 So much has changed over the last five years that we have been living in Taiwan.  We came as tentmakers, but have since changed over to having traditional missionary identities.

We came without kids; now we have three.

In the past we were “private” Christians. Now, we’re “public” Christians, with our friends seeming to observe everything we do and say.

Before we were used to jobs that had more defined measures of success, whereas in our roles now it isn’t always easy to write down on paper what we’ve accomplished.

God has been showing me that all those things are actually of secondary importance. It seems that what God really needs are people of varied backgrounds who pray for their local friends without necessarily telling them so, people who display the unity of Christ when working in teams, and people who invite their local friends over to dinner without having an agenda.

God also wants quiet yet bold people who seize the opportunity to distribute nuggets of the gospel within the flow of everyday life and are willing to wait years for that sowed seed to bear fruit.

The last lesson I’ve learned is that people are fundamentally the same everywhere, whether Eastern or Western, rich or poor, educated or uneducated, easy to love or hard to love.

Everyone is sinful, and they need forgiveness; everyone fears death and wishes for life; everyone is insecure and secretly wants someone to love it all away.

At the end of the day, real hope has to be based on the truth, and that is the gospel. That is why it is the only hope for Taiwan and the world. God has been solidifying this idea as something I should carry deep in my heart, but also that I should communicate it with flexibility, patience, and most importantly, humility. As the saying goes, “Evangelism is just one beggar telling another beggar where to find bread”.

Icons made by Smashicons from www.flaticon.com
wpDiscuz
6
0
Would love your thoughts, please comment.x
()
x
| Reply