What Is God’s Plan for My Life?

What is God’s plan for my life? It’s a question I’ve asked at different stages in my life, usually after facing a disappointment or a dramatic change I hadn’t expected. For Jan Burton, God would answer this question in ways she never would have imagined. As I interviewed her, I was amazed at how a taxi strike would propel her forward on a journey to work among leprosy patients, children, students, and young adults in Thailand and then on to supporting missions from the US.

“As a child I never heard the gospel. We went to church, but as young people we heard only about living a good life, obeying our parents, and not running around with wild boys (or girls!)”

From the beginning the Lord knew the path Jan would walk, and he began orchestrating events to draw her to himself. When Jan was a junior in high school her father was transferred to Chicago with his company. It just so “happened” the only place they could find a house was in Wheaton.

“God picked our family up out of this little town in Vermont and brought us to Wheaton, Illinois. It was while we were in the Midwest that my parents, sister, and I all came to know the Lord — my parents through a Billy Graham Crusade, my sister through Pioneer Girls, and myself through the ministry of Inter-Varsity.”

Later, Jan would attend grad school at Columbia Bible College in South Carolina (now Columbia International University). The trajectory of her life was about to change. Jan had returned home for the summer and was trying to find a taxi home from the train station. What she hadn’t realized was that she was returning home during a taxi strike. Stuck on the side of the street with her luggage, a kind woman, Winnie, approached her and offered to give her a ride home.

Winnie was a missionary with OMF (which was CIM at that time) and just “happened” to work at the CIM home for missionary children in Wheaton. She invited Jan to attend the CIM prayer meetings during that summer. After returning to CBC, Jan became friends with several Asian students on campus and began attending the Student Missionary Fellowship prayer meeting.

“God was really working in my heart, initiating a call to serve him in Asia. So, when I began seriously thinking about missions, the first board I thought of was CIM. Actually, I never really considered any other mission. I felt very much at home with CIM/OMF and their policies and practices.”

Jan was drawn by the emphasis CIM/OMF placed on faith, finances, and prayer. In 1964 she was accepted and became a member of OMF.

“I can only marvel at how God engineers the “taxi-cab” experiences of our lives. Not finding a taxi was my introduction to Winnie and thus to CIM/OMF. My involvement with the mission began that summer and still continues today.”

Jan was 28 years old when she set out on her journey to Thailand. As we spoke about Thailand, she shared four experiences that were life-changing for her.

“We left for the field in 1964, a month-long journey by ship in those days. Our first port of call was Kobe, Japan. As our group was visiting a temple there, I noticed a mother with her little girl, probably about three years old.

The mother kept speaking with her child; then they would both clap their hands several times. Talk and clap. Talk and clap. I asked a woman standing near me if she knew what they were doing. She explained that the mother was teaching her little girl to “wake up the gods” so they could hear their prayers.

I hadn’t even arrived on the field yet, but that experience so touched my heart. I was going somewhere in Asia to people who were teaching their children to clap to wake up the gods.”

Later, when she was in Thailand, Jan came face to face with the reality that so many still had never even heard the name of Jesus.

“I was in Thailand, walking on a path through the rice paddy when I met a woman carrying water buckets on a pole over her shoulders.

In my very limited Thai, I asked her: “Can I give you a book about Jesus?” Her response: “Jesus? Who is Jesus? I’ve never heard that name before.” God had put me in a place where many had never even once heard the name of our Savior. I was so humbled.”

Jan’s passion to share the love of Jesus would continue to grow with each experience she had.

I Knew Somebody Loved Me

“Rosa, one of my senior missionaries, and I had gone on a follow-up visit to the home of one of our leprosy patients. We often visited the patients in their homes between clinic visits, providing an opportunity to get to know them personally, to answer questions they might have, and to share the gospel story with them once again.

Rosa had been talking to this elderly lady quite a long time, telling her the story of Jesus and the wedding feast that would take place in heaven.

As we sat there on the floor with her, our friend said, ‘I knew there must be somebody out there who loved me, but I never knew his name.’ Inwardly, I wept.”

“After I had been in Thailand for some time, my language skills were improving. As a former teacher, one of the ministries I enjoyed so much was the opportunity to work with children. We would go out to a village, and the children would come running down the dirt road as we approached with our easel and flannel graphs. The older ones usually had a little one on their hip.

The Pain of Leaving

“I had thought when I went overseas that I would be spending the rest of my life on the field.”

“Medical resources were limited in those days, and the treatment I needed could not be provided for me outside of the US.”

The Lord did not release Jan to return to the field, but the struggle and pain of her loss did not diminish.

“Figuratively, it took me years to unpack my suitcase. I couldn’t attend a mission conference or listen to missionary speakers without crying.  All of my earthly goods, along with my heart, was in Thailand. Had I misunderstood God’s leading in my life? Why had this happened to me? Did God still have a plan for me?”

Jan returned to teaching and remained closely involved with OMF in the U.S. Over time, God began to speak into her heart and show her he hadn’t made a mistake.

“God worked in my heart over those years of bewilderment. In his own time, he showed me he had not taken something away from me, but that he’d given me a wonderful gift! He had given me a whole four-year term on the mission field with good health, a growing love for mission work, and many life experiences that would forever influence my understanding of the joys and struggles missionaries experience. He had given me a life-changing experience that I needed for the work he intended for me in the future. He wasn’t done with me!”

Jan would continue her teaching career in the U.S. for 14 more years before God would redirect her path once again. Through a series of divine appointments, the Lord led Jan to editorial work in a Christian publishing house where she initially worked on textbook materials; then she went on to work as a senior editor with Scripture Press Publications for 23 years, the latter 12 under the umbrella of David C. Cook.

“I can’t tell you how much God used my time and experiences on the mission field when I started writing and editing Christian education materials.

I didn’t know it at the time, but my tenure overseas was to be only a part of my journey, not the whole journey for me. It was a time of learning and preparation for the next part of my life work.

My time overseas radically changed my life. It had always been my desire as a believer to know Him and to make Him known. But now my whole life focus became “missions” — wherever God planted me.

Whatever ministry I was involved with — teaching, writing and editing, serving on mission boards, helping with conferences, being part of prayer groups. Everything in my life became focused on extending God’s kingdom here and throughout the world.”

Jan has worked as a prayer volunteer with OMF and has been leading a prayer fellowship in her home for nineteen years.

At every stage of the journey, the Lord has been guiding Jan and using her in unexpected ways.

“My desire as long as God gives me life is to know him more and more and to make him known.

How could that dear Thai lady call on Jesus when she’d never heard his name? And how shall they hear unless we tell them? But tell them we must, by whatever means God opens up to us in our individual lives. You ask does “mission” matter? It is really all that matters for the follower of Jesus Christ.”

If you’d like to learn more about how you can get involved with missions, please go here. 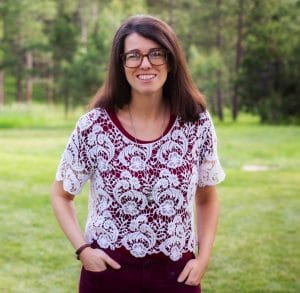 Galina Hitching is a writer, artist, and wellness geek. She learned more from growing up around missions and traveling as a non-profit worker than she did getting her degree in Communication. Midway, Galina took a detour from her career by working as a Serve Asia volunteer. Today, she is using her experience in marketing and communication for the Great Commission.

Icons made by Smashicons from www.flaticon.com
wpDiscuz
2
0
Would love your thoughts, please comment.x
()
x
| Reply