Dedicated to the Service of Her Lord

“While she was my secretary, the mission field was her daily subject.  She often requested that I pray she would be accepted. Being a member of the Congo Mission Board, I wish Helen were going with us…”

In 1957 just prior to her departure to the field with her husband Gerry, Helen shared in The China Inland Mission Millions Magazine:

The Lord had called me to be a missionary and I must train for His work, but where should I go and how would my needs be met? I felt some responsibility for my parents, and had no funds to take me through Bible school.

At this time of uncertainty, the Lord gave me the promise of Psalm 37:5 as my own: “Commit thy way unto the Lord; trust also in Him; and He shall bring it to pass.” I committed my way unto the Lord.  I trusted my parents into His care, having the assurance that if I obeyed Him, He would care for them much better than I ever could! 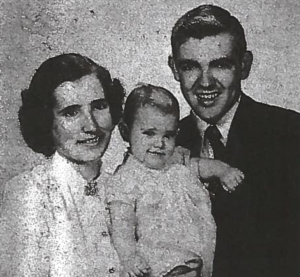 God proved himself faithful in supplying all the Haynes’ needs in a couple of specific ways before they even departed for the mission field.

One time they were almost out of food and money, and the Lord prompted a friend to bring them a basketful of groceries.

God also provided in a very tangible way when their daughter Marcia was born. Though the Haynes had insurance, there were still some unpaid bills as they were not yet eligible for maternity benefits. Through some error, their outstanding bills were covered. Although the Haynes’ pointed out the mistake, the company insisted and the bills were paid! 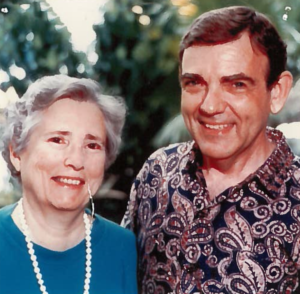 Helen and Gerry served 42 years with the CIM/OMF in East Asia and in the US as OMF Representatives. Although Helen and Gerry’s officially retired November of 1999, they remained actively involved with OMF well beyond that, and Helen remained an active prayer warrior right up to the time of her death.

Billy Graham once stated, “Nothing made by the hand of man has ever been so beautiful as starlight on the water or moonlight on the snow. And the same hand that made trees and fields and flowers, the seas and hills, the clouds and sky has been making a home for us called heaven.”

And just imagine! Helen is now safely in that beautiful home called heaven. She has seen Jesus face-to-face and has heard Him say to her, “Well done, Helen! Welcome home!”

Icons made by Smashicons from www.flaticon.com
wpDiscuz
4
0
Would love your thoughts, please comment.x
()
x
| Reply