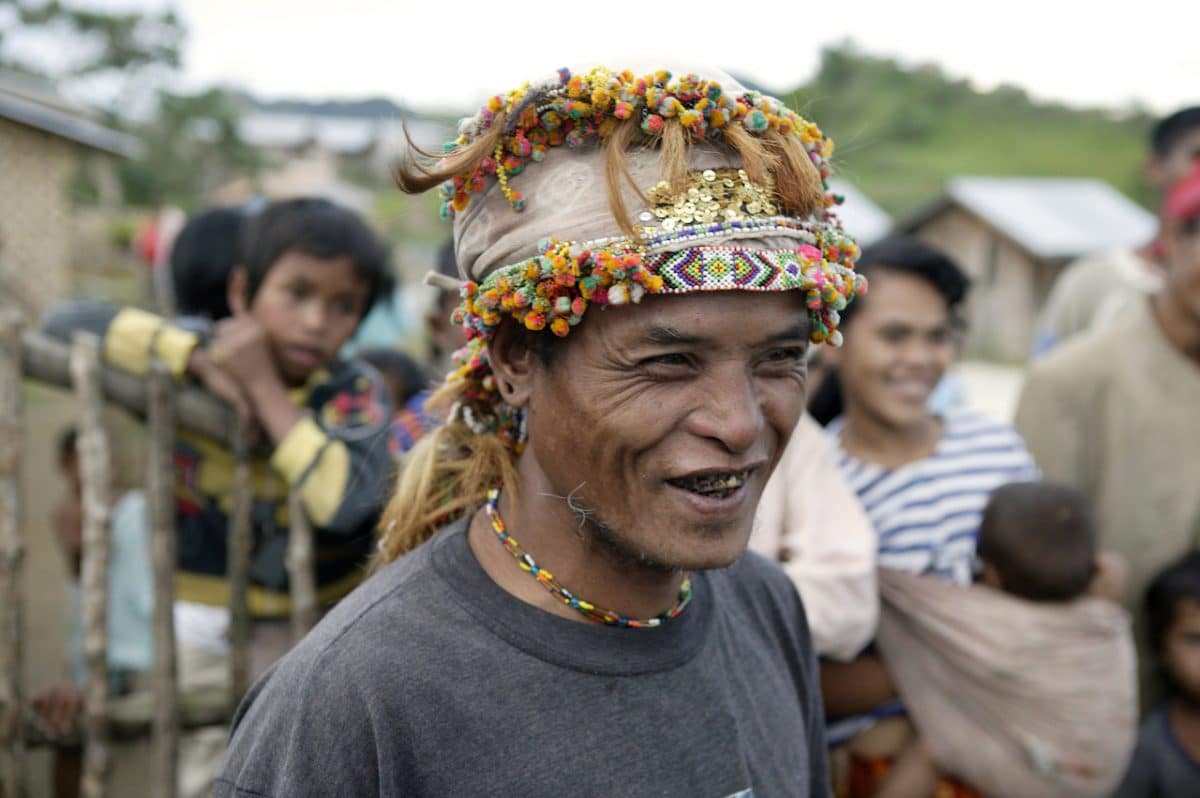 Chronological Bible Storying: Communicating the stories of the Bible by telling them aloud to listeners. Traditional oral communities often resolve conflicts and transfer knowledge by storytelling. As many aspects of Bible culture are very similar to their own, they can resonate and identify with these stories.

It was difficult to see exactly how many people had crowded into the tiny wooden room.

There were children sitting on the floor and others suspended from the walls as they perched on the flimsy wooden structure surrounding the crowd. There were old people spitting tobacco, clicking their tongues and uttering noises of affirmation as they listened intently. There were women, violently shaking ropes suspended from the rafters attached to blankets containing babies. Apparently it was an attempt to pacify them.
The lack of air, combined with the stench of unwashed bodies, stale tobacco and damp dog was nauseating, but that didn’t seem to bother anyone. The storyteller was holding his audience in rapt attention. He was a small man with a big voice, with ill-fitting dirty clothes and big farmer hands.
He was telling a story about a man—it could have been someone from any one of the communities around there—who had tricked his brother out of the farm and all the inheritance. The only recourse open to this man now was to flee to another village, to some distant relatives who would feed him and let him stay there until his brother’s anger had died down. He would return in time, of course, but only after he had sent someone ahead of him to determine if the brother had forgotten about the past. So much of the story resonated with those listening.
The man speaking had only planned to tell one story, but the crowd had nowhere pressing to go and, in the absence of any other entertainment in the village, they urged him to tell another. The storyteller obliged and began another.

He told the story of a man called Joseph, sold by his brothers as a slave—because he had clearly thought himself better than they were.

They all agreed that this was fitting punishment for such behavior. The storyteller went on to tell them that years later Joseph actually forgave his brothers and told them so! This was indeed bizarre behavior.
The story goes that the Creator God had spoken to the King (Joseph’s owner) in a dream, telling him that there was going to be a famine. However, in a strange twist the only person who could tell the meaning of the dream was Joseph, the slave!
Clearly the Creator God knew him and entrusted him with the interpretation of the dream, he must therefore be trustworthy and so the King had put him in charge of the distribution of all the grain. Naturally, being in that position, he was able to provide food for his family and their community in the time of the famine.

This was news! Imagine the Creator God warning people about a famine!

Their own ancestors had told them that the Creator God had stopped speaking to even their wisest Elders long ago. The noise in the room was deafening, everyone had something to say on this subject:
“Where did this man Joseph live? Who are his relatives? Do any of them live near here? Imagine if there were some of their relatives who could interpret dreams from the Creator God?”
“Maybe He would tell us about the future – we wouldn’t need to worry about famine, or drought or who was planning to attack us. We could be prepared for anything!”
“Will the creator God speak to us in dreams?” asked one tiny old man.
“How can we know it is not just the spirits trying to deceive us?” chirped another pessimistically.
The storyteller was unsure how to answer these questions but assured his listeners that his teacher had a whole book of these stories and promised to teach them more next week. Perhaps they would find the answers to their questions in one of them.
Originally published in OMF UK Billions Magazine, May–August 2013
Written by William and Irene MacMahon, OMF Philippines

Will you pray for the Philippines?