Engaging with Internationals in the US

There are more than 22 million internationals living in the US. Where are they from? And, perhaps most importantly how can you engage with them in diaspora ministry?

By “diaspora ministry,” I mean ministry to people of another cultural or ethnic group who, for various reasons, have moved into our communities.

My first experience with diaspora ministry began with a bang. As a young Christian in my freshman year of college, I knew I should be sharing my faith with others, but didn’t know how to do so. One day, an upperclassman who was discipling me asked me to join him and go to the main area of campus, strike up conversations with people and see what happened.

The first person quickly became argumentative and ridiculed us. A second person feigned vague interest, but I think just wanted us to move along. Finally, we met Park, a South Korean student standing on the steps of a yellow brick building that also functioned as an English training center for international students. Park was happy to talk to us and asked good questions. At the end of the conversation, he shared his contact information and said he’d like to know more. Within a matter of weeks, he came to faith and began to grow rapidly in Christ.

That early interaction was the beginning of God opening my eyes to internationals living in my community and to the idea of taking the gospel to the nations in general.

God fanned that early spark into a flame that grew over my college years, eventually leading to my wife and me joining OMF International and serving overseas in East Asia for several years.

Diaspora Ministry to the People of East Asia

Since returning to the US, we have been engaged in diaspora ministry in different ways, mainly with Chinese families and college students in the communities where we’ve lived. Along the way, we’ve experienced the joys – and disappointments – of working with internationals in the US. Here are a few of the lessons learned:

1) Look around. There are more than 22 million internationals living in the US. There are probably some living near you! Who are they? Where are they from? And, perhaps most importantly, what are their needs? How can you be a blessing to them?

Maybe it starts as early as picking someone up at the airport. Maybe it’s taking them to the store. Or loaning them a car. Perhaps, it’s just being a friend who is willing to see them and love them as a real person. The needs are many and will vary from person to person.

2) Learn and listen. If possible, do some research and learn about the cultural background of internationals you meet.

What do people eat?

How do they exchange greetings?

What gestures should be avoided?

Look for ways you can demonstrate knowledge about their backgrounds. Along with that, ask questions. They are learning so much about American culture; they will probably be eager to turn the tables and share with you about their home culture. Be willing to learn and adapt to them culturally.

The most excited I ever saw one of our Chinese friends get was when she brought over her supplies to cook hot pot for us. We had prepared many American meals for her; she wanted to do the same by fixing a traditional Chinese meal for us. It meant a lot to her to be able to do that (and it was delicious, too!).

3) Be ready and willing to share Christ. Never forget that the gospel is good news that people need to hear. It’s what they were made for, but most people live unaware of the grace, forgiveness, and life God offers.

A corollary to this is to not presume you know how people will respond to the gospel. You may think your international friends are not interested, won’t understand, or will be turned off by talk of “religion.” That might be the case. Or they might respond with sincere, devoted faith. God is at work in ways we can’t see, long before we meet people.

A young East Asian family we befriended came to know Christ and was baptized shortly before they returned home. The husband came to know the Lord quite suddenly, shortly after a conversation we had about how believing in God did not mean ignoring your intellect; there were valid reasons to believe in an almighty Creator.

Another Chinese classmate of mine also professed belief in Christ, a surprising development in the highly secularized academic environment we lived in every day. Based on our conversations about God, I had no idea he was seriously considering the gospel until the day he announced he was a Christian.

4) Be patient. Not every international you meet and welcome is going to repent and believe in Christ the first time they hear the good news. Most will probably take a long time to ponder the truths of the gospel and watch it lived out in your life and the lives of other Christians they might know before they decide to follow the Lord. Many will reject it altogether.

Some of the people we’ve poured into the most have never believed. We were the personal chauffeur for a young female Chinese student. She became a part of our family, ate many meals in our home, and even shared that she “loved us,” a rare thing to hear. Even so, she never expressed much interest when the gospel was discussed.

We have close Chinese friends with who we’ve had dinner regularly for more than six years now. We are friends with the wife’s parents (they love to cook our son dumplings). We have helped them vocationally on several occasions. We have shared the gospel in various ways and introduced them to Chinese churches in the area. Thus far, there has been almost zero interest or response regarding spiritual matters.

There is no way we can change people’s hearts. But we can be patient, keep loving them, and let God do his work while we remain faithful in holding out the hope of the gospel to those around us. In doing so, we might see God use us right here in the US to proclaim his glory among the nations (Ps. 96:3, Declare his glory among the nations, his marvelous deeds among all peoples.).

If you’re interested in learning more about reaching out to the East Asian diaspora in your community, we recommended the following resources: 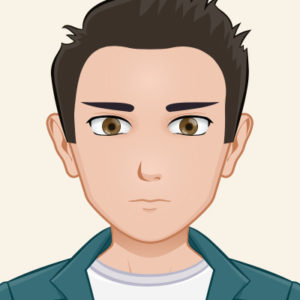 Chad has served with OMF since 2004, both in the US and in East Asia. He now lives in the US, where he continues to write and edit materials for OMF, as well as serve internationals in his community.