My name is Byron. I’m a 23-year-old, Korean American man, living in California. I had a precious opportunity to serve God as a Serve Asia Worker in Bangkok, Thailand for ten months. From October 2018 to July 2019, I partnered with OMF and joined one of their ministry teams, located in the region. The team under which I served, was the “Urban Poor Church Planting Team” led by an OMF missionary from Switzerland and other missionaries from all around the world.

As a short-term worker, I had a simple assignment: to live amongst the locals and build relationships with the people.

I had no idea how challenging that simple assignment would be. 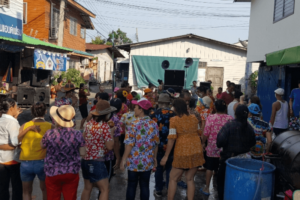 During my second week in Bangkok, I moved into one of the urban poor communities and lived there for the remainder of my time in Thailand. Within this community was another missionary family from Germany who had already lived there for a number of years.

Under the mentorship from the team and this family, I aimed to be immersed inside the community and witness Christ to my neighbors. Some of the ways I did this was to teach English to kids in the neighborhood, visit families inside the communities, and/or help out my host family with their kids and other small chores while they prepared for community outreach.

In all honesty, I went to this country, not knowing what to expect.

Why Go to Thailand for Short-Term Missions?

I didn’t know much about Thailand. My acquaintance with the language was almost non-existent. I hardly knew anybody who had a strong tie to Thai culture. My connections to Thailand? A good friend of mine had gone on a Serve Asia trip with OMF for a Summer and I had been on a tour to Thailand when I was 10 years old. Other than that, nothing.

Pursuing this opportunity was primarily born out of my simple desire to take a step of faith for God.

Over the past years, I felt the immense blessings and joy of knowing and loving Jesus. Through highs and lows, ups and downs, I experienced the grace of God overflowing in my life. Whether it be in a form of family, friends, church community, school, or my quiet time, I became convinced that Jesus is the one who is worthy of my praise and worship.

As I grew in my devotion to Christ, my desire was somehow translated into this pressing conviction to make His name known. Respectively, this caused me to contemplate the idea of seeking short-term mission opportunities, particularly to nations that are still highly unreached.

By God’s grace and His provision, I was given the chance to join the field as a short-term worker and spent my time in this amazing country with such beautiful people. 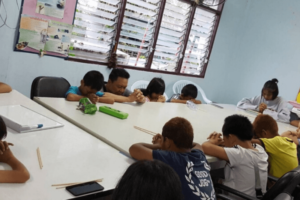 From the marbling floor of one of the biggest shopping centers in Asia to a rusty wooden bridge that connects one slum to another, I got to offer myself as a witness to the good news of Jesus Christ.

In fact, the weaker I felt in my strength, the more persistent I became in leaning unto God. Being the faithful God He is, the Holy Spirit then comforted and empowered me in my prayer.

Life with the Urban Poor of Thailand Is Challenging

On some occasions, I would be overwhelmed by the tirelessness of the urban poor lifestyle. Other times, I would battle loneliness and discouragement as I counted down the days until I returned home.

It was challenging at many levels- the extreme humidity and the inescapable heat certainly did not help.

Nevertheless, I continued to give thanks to God for all that He provided.

In fact, the weaker I felt in my strength, the more persistent I became in leaning unto God. Being the faithful God He is, the Holy Spirit then comforted and empowered me in my prayer.

It was in these moments where I felt the word of God coming to life in me,

“Indeed, I count everything as loss because of the surpassing worth of knowing Christ Jesus my Lord…” (Philippians 3:8).

Indeed, the worth, the honor and the joy of knowing Christ surpassed all my battles and struggles. The whole experience was not easy. Quite the opposite, actually. However, it was worth it. All the challenges during my time in Thailand served to be a channel through which I grew deeper in the radical love and scandalous grace of Christ Jesus my Lord. 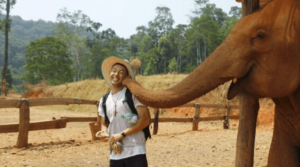 My name is Byron Bae, a 23-year-old man living in Los Angeles, California. I was born and raised in Korea and moved to America when I was 14. I went to church for the first time in my life when I was 15 years old. As I got more exposed to the church community, I became attentive to the message of Jesus Christ. When I eventually considered the truthfulness of the gospel, I couldn’t help but accept Jesus to be my Lord and Savior. I was 16 at the time.