God Had a Plan

Over a Zoom call, Dee shared about the unexpected ways God had worked in his heart in the midst of disrupted plans. After attending Launch, OMF’s short term mission training program, and serving in East Asia for seven months, Dee had to return to the US early because of the pandemic. This is his story of God’s hand in the midst of challenging circumstances.

Interview with Dee, by Galina Hitching

How did God prepare you before you went to East Asia?

A number of things happened. I realized I was dealing with major depression and it was a process of getting to understand myself better and how things were affecting me. There was a big searching process that launched me into my time as a Serve Asia Worker.

I didn’t realize that as much as I was preparing, God was also preparing my heart for the trip.

One of the processes of being formed spiritually is being clay in the Potter’s hand. That can be a really rough process.

What was the start of the breaking process for you?

Because I attended Launch, I wasn’t able to start on my placement right away. I was asking myself, “What am I doing here? I’m the closest I’ve ever been to my dream and now I’m essentially stuck here for a month.”

I went through culture shock and Launch was completely different from what my expectations were. I was happy to be with other believers and learning practical skills, but I just wanted to go out and start my placement. 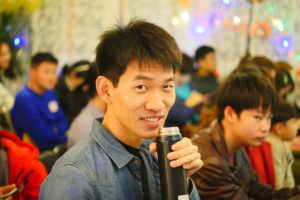 That being said, I really enjoyed Launch overall. The part about lifelong friendships being built is definitely true.

After being on my placement I thought, wow, they taught us everything we needed to know!

What were some of the challenges you faced once you started your placement? 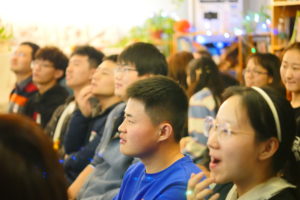 I couldn’t communicate. I loved the food, but I couldn’t read the menu. I also look different from what people expect foreigners to look like. In the area where I was, the local missionaries and I were the only Americans. So it was tough dealing with isolation, loneliness and being in the country to serve God, but not able to share the gospel effectively.

What was it like returning home early because of the pandemic?

I am thankful God is sovereign. I understood God was calling me back to America after I finished my trip, I just didn’t understand the when or how. I was mentally prepared to return home but it wasn’t until the week before I left that I fully realized I was getting on a plane for a 13 hour trip back to America. It took a lot of processing to accept the loss. 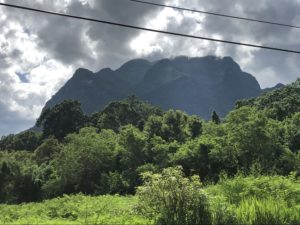 I went to debriefing in Colorado and started to feel sick. I quarantined at Matt’s house (US Serve Asia Director). While I was there I was asking so many questions of God. There had been a potential for me to go back to America in January, but I decided to stay in Asia. If I’d gone back in January I would have had a job with housing. Instead, I came back in February. The job opportunity was gone. I was sick for two weeks at someone else’s place. I was asking, “God,  why did all of this happen?”

Would you have gone if you knew all of this would happen?

I think that’s part of God’s mercy. Sometimes I often wish I knew everything I was going to do, so I can plan. It is a certain type of blessing to walk trusting God through every situation he brings. Then, you only rely on the fact that he can provide.

If God were to show you everything, there would be mountains that look too hard, too high. I think that’s why he only asks you to follow him one step at a time.

What has happened since your placement?

After reflecting, I’ve seen that even though I’m back, God is still using me and he still has a plan. The decision to come to Dallas to attend seminary was a natural continuation of his sending me. There are still people here who need to know God’s glory. In that way coming to Dallas has been a new  launching point.

I went on the short-term mission trip for the purpose of testing things out. It sounds nice to be a long term missionary, but I was very aware that living in another country could be more than what I was asking for. I really enjoyed serving over there and felt like I definitely wanted to have more preparation and be more rooted. That’s when I decided I wanted to go to seminary.

Do you have any encouragement for our readers?

The song that kept me going was, Tis So Sweet to Trust in Jesus. This entire process was me trusting Jesus every step of the way. Because of that trust he has become so precious to me. But, then, thank God for the last part of the song, “O, for grace to trust him more”! Looking ahead I feel like there is no way I can trust him about some things. It is grace that I’m able to trust him more.

I was born in NYC and lived there for most of my life. From childhood I enjoyed learning about Asian cultures and being in NYC gave me a plethora of opportunities to do just that. During college I found renewed meaning in what it means to trust in God both with my heart and with my mind. All of this made me give up my dreams of becoming a doctor and instead choose to pursue becoming a professor in another country. Now I am pursuing a graduate degree hoping to one day teach and disciple people to serve and love God.