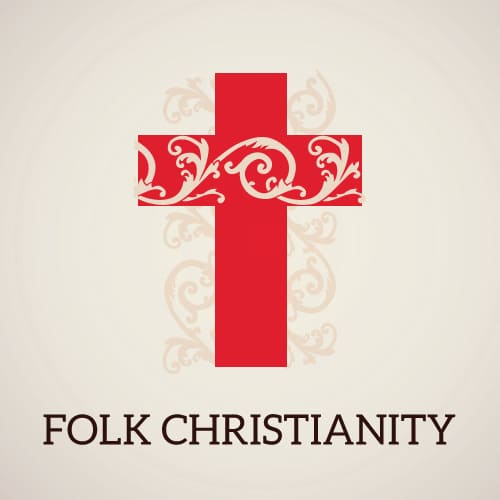 The first Filipinos practiced animistic religions. Since there are over 7,000 islands, there was a great diversity of animistic belief and practice, just as there are many tribal groups and languages. Successive waves of immigrants introduced Hinduism and Islam, and later Christianity.

Records made by Spanish settlers and missionaries of the existing tribal religion show that the indigenous Filipinos believed in a supreme sky god, or creator god. This god was invisible, his name was sacred and only spoken during rituals, and no images of him were made. He was believed to be so far from humanity that contact was often made via lower deities, in the form of prayers and rituals. These lower deities were divided into benign and malign, and both were petitioned or appeased.

There was also belief in a kind of “trinity” of gods. Beneath the sky god was his son, who was associated with the sun. There was also another god who was a kind of inherent spirit. (Although this belief bears some similarity to Christian ideas, it also has parallels in Hinduism and Pacific religions.) Usually no images were made of these gods.

The ancient beliefs also included animism. Spirits were thought to dwell in all objects, particularly natural features such as trees, rocks, water or weather conditions. Offerings were made to these spirits, and places where malign spirits were believed to dwell were avoided. Animals were also believed to house spirits and humans were believed to have kindred animal spirits. Thus some animals were considered sacred or symbolic.

Most Filipino tribes believed in life after death, and the widespread belief was in a heaven for the good and a hell for the bad. Heaven and hell were generally thought to be divided into different levels, through which the soul could move by gaining merit. Some tribes believed that souls went to different places according to how they died. In many regions of the Philippines, it was thought that people had more than one soul; sometimes three souls, sometimes two. Of the two, the good soul went to heaven and the bad one went to hell or remained on earth. Some tribes still believe that if a child is born close to the death of a family member, the child will receive a part of the dead person’s soul. Ancestor worship was also practiced, with spirits of ancestors believed to remain on earth or visit the living. Many of these beliefs are still held by tribal groups and have been mixed with Christianity.

Spanish settlers arrived in the Philippines in the early 1500s. They named the archipelago after their king, Philip II, in 1542, and in 1565 the islands were conquered by Spain. Roman Catholic missionaries were among the early settlers. They began teaching and converting almost immediately, but allowed existing Filipino culture to coexist with Christian belief and church teachings.

This understanding produced the Folk Catholicism which prevails in the Philippines. That is, the coexistence of animism and Catholicism. Filipinos believing in this do not usually perceive inconsistencies between the two.

The mix of Folk Catholicism is evident in daily Filipino life. In Catholic areas, the local spirits of animistic belief have been largely replaced with local patron saints. A crucifix or cross is believed to ward off evil spirits in the same way as an amulet. In buses and taxis there is often a statue of Mary or the baby Jesus, believed to protect those who travel, and there are Christian slogans and pictures in public places. Shrines are visited, particularly around the times of Christian festivals, such as Easter. Some shrines are ostensibly Christian but built on sites of pagan shrines and still used for animistic or psychic purposes.

It is also common to attend church (usually mass) regularly or hold Christian beliefs but also to follow animistic practices. Some people visit a spirit doctor if they are ill or have a problem with another person. They might make sacrifices or offerings to spirits for appeasement or when asking for good health or good crops. This would include people in rural and urban areas, the well-educated and the uneducated. Tribal animistic practices range from low-key rituals (performed by some Christians as well as non-Christians) such as burning something bad-smelling when ill, in order to ward off evil spirits, to the possession of a familiar spirit and sacrifices to appease it.

The Filipino View of Christ

The Filipino view of Christ also differs from the Western Protestant view of Christ, not just because it is complicated with existing Filipino culture, but because it has been based on the traditional Spanish view of Christ. Spanish Catholicism has been characterized by a deep sense of tragedy, a dread of or obsession with death and religious contemplation of the wounds and death of Christ. The occupation of Spain by North Africans is said to have influenced the development of their faith, perhaps in particular the identification with suffering and oppression. Rather than the triumphant risen Christ or the pre-crucifixion, teaching Christ, the popular image is of the tragic, crucified Christ or of the Christ child with his mother. In the Philippines, these two images of Christ are also the most popular. He is commonly known as the Santo Niño (Holy Child) or the Santo Entierro (Interred Christ).

Ancestor veneration is practiced in some areas and on All Souls Day (October 31) many people, including those with Christian beliefs, visit graveyards to tend the graves of deceased relatives and offer food. These activities have grown out of ancient beliefs about death, the afterlife and the spirits of ancestors. The spirits of the dead were appeased in order to prevent them from harming the living or taking the living with them to the realm of the dead. Death was feared because of the spirits. Many animistic tribal communities still believe in ancestral spirits and base their lives around appeasement or avoidance. In other areas the fear of death has been absorbed into Catholicism.

Cults in the Philippines

Around 18 percent of the population is involved in cults, many of which are quasi-Christian splinter groups.

One of the strongest religious groups in the Philippines is the Iglesia Ni Kristo (the church of Christ). From their modern center in Quezon City, this religious group that denies the cardinal tenets of the Christian faith has expanded throughout the Philippines and the world. It has grown mostly among lower middle-class and working people with a centrally defined approach to ministry. The leadership provides the content for weekly sermons and giving to the church is closely monitored. In elections the leadership can deliver a block vote to a favored candidate; consequently it is a powerful force in Philippine society.