No Bible, No Breakfast – The Life and Ministry of Dr. Henry Breidenthal

Head of a Scholar, Heart of an Evangelist

Retired OMF worker Dr. Henry Breidenthal celebrated his 90th birthday in Thailand at the start of 2022. Dr. Henry has spent almost 60 years in Thailand. Current OMF worker Larry Dinkins reflects on this long-lasting service and its lessons for us today.

The first term for a member in the China Inland Mission in the early 20th century lasted seven years, which would be considered a long-term missionary by today’s standards. In present-day missions, it is extremely rare to find a foreign missionary who has served in their host country for more than a few decades. That is what makes Dr. Henry Matthew Breidenthal’s almost six decades in Thailand so remarkable. The influence of this medical doctor, theological educator, linguist, church planter, evangelist, and prayer warrior on generations of Thai leaders, pastors, and fellow missionaries is immeasurable. 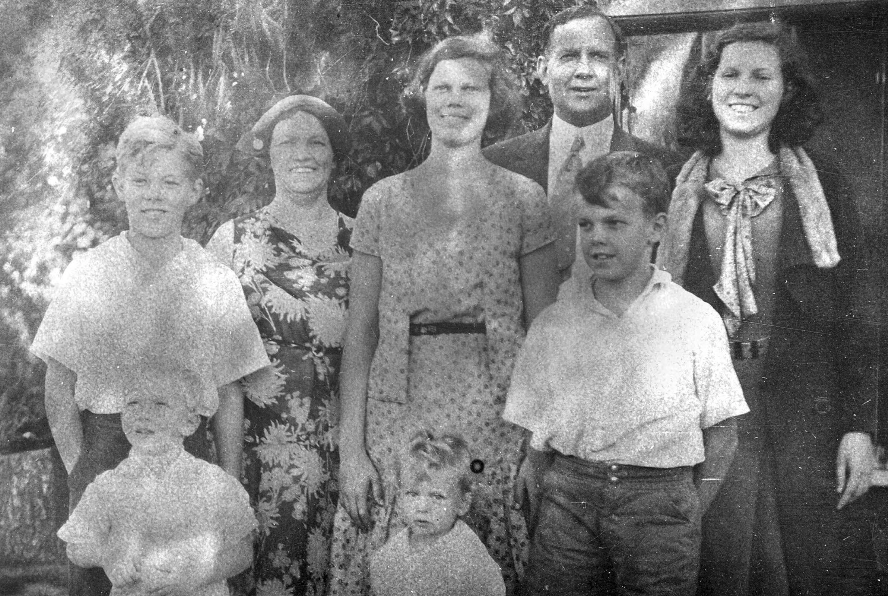 Henry was born at the beginning of the Great Depression in Kansas City, the youngest of six children. The family were nominal churchgoers and Henry admitted to being far from the Lord. When he was ten his mother was attacked by an intruder in their home. A detective was renting a trailer nearby and heard her screams, entered the house, and shot the man dead. This event impacted young Henry deeply. He began to attend church and Youth for Christ meetings even though he had not fully believed.

In 1948, when he was 16 years old, Henry made a clear decision for Christ and felt a call to missions. However, his parents opposed the idea of him becoming a minister. He was a good student, and an older brother who was a doctor encouraged him to study medicine. After earning a university degree, Henry began his medical course in earnest. However, during his internship in a hospital, Henry caught tuberculosis from a patient and almost died. His recovery took six months.

At one point he wanted to specialize as a surgeon but decided to become a general practitioner as this would give him more time to study God’s Word. While doing a medical residency in Dallas, Texas, Henry took classes at Dallas Theological Seminary, finishing a ThM degree in 1962 (fifty-six years later, Henry was awarded “Alumni of the Year” by DTS).

During his seminary studies, Henry joined a monthly OMF prayer meeting for East Asia. Henry was impressed with the example of Hudson Taylor and the ethos of the mission he founded, especially the policy of non-solicitation of funds. After joining OMF, he began to make plans to leave for Singapore in 1964, traveling on the last boat trip that was used by the mission to get workers to Asia.

The Heart of an Evangelist 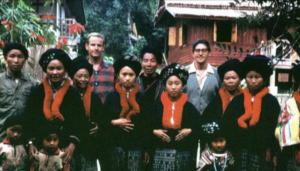 A heart for the Mien

After a year of Thai language study in Bangkok, Dr. Henry was sent to work in Central Thailand at OMF’s leprosy hospital in Chainat Province. His medical training was not in that field and Henry’s heart seemed to be more in evangelism than medical work. As a result, he moved to North Thailand where he acted as the director of the Phayao Bible College as well as spending a couple of years ministering to the Mien tribe of Laos, an interest which continues today. In his zeal to reach the Mien, he has made trips to groups in surrounding countries.

Once, while visiting a remote Mien village, Dr. Henry encountered a very sick young woman whom the family had basically given up on due to extent of her illness. Henry decided to carry her on his back down the trail to a clinic and by the time he arrived she was in a comatose state. No doubt, her family thought they would not see her again, but after a week she was able to recover and return to her family.

In 1970, OMF in partnership with CMA decided to start a Bible college in Bangkok and called Dr. Henry as its founding director starting in 1972. Throughout the country, there were just a handful of high school graduates who were interested in studying the Bible and so Henry started the first class of the Bangkok Bible College with five male students with whom he lived in a two-story wooden house on Sathorn Road.

Henry acted as director and the only full-time faculty for the next eight years and under his leadership added a large library, dorm, offices, and classrooms. Henry passed leadership of the college on to his Thai faculty and continued on as director of the seminary division until finishing his 25-year tenure at the college in 1995.

During those years Dr. Henry was known to always carry an old leather medical bag which contained an old stethoscope, thermometer, and a few other medical necessities, but was primarily filled with tracts in different languages that he handed out constantly at every opportunity.

On one occasion a new missionary was having terrible abdominal pains and could find no relief. We called Dr. Henry to examine him and by the time he arrived, the missionary was on the floor writhing in pain and no doubt very fearful of what his condition might be. Henry began to palpitate his stomach and then looked up to address the others that were gathered around.  We thought that Henry would give a medical diagnosis of our friend, but instead simply said, “Let us pray.” Henry was known for making long prayers and this turned out to be an especially long one. As the prayer began, the sick missionary tried his best to close his eyes and join in the prayer and as it continued on and on, amazingly became quite calm. It turned out that the missionary had worked himself into an emotional fit and simply needed to be calmed by Henry’s soothing entreaty. 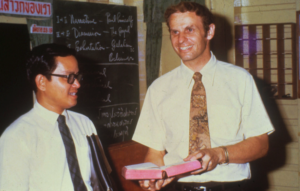 A passion for teaching the Word of God

Besides his contribution to theological education, Dr. Henry was instrumental in starting the first “New Life” church in the Makasan area of Bangkok, a denomination which has expanded to 18 churches today. In 1981 Henry was part of the launch of a church movement called the “Hope of Bangkok” which he ministered in until he felt led to yet another church in the Suan Plu area of Bangkok. During his time in Bangkok, you could find him every Sunday afternoon at Lumpini park doing street evangelism. This proved to be a prime training opportunity for his students from the college as well as church members and visiting short-term mission teams.

In 1995 Henry moved to Chiang Mai, North Thailand, and started the Chiang Mai Bible Center as well as another church plant. He taught students from his shophouse for a few years until he joined with Dr. Larry Dinkins to form the Chiang Mai Theological Seminary in 2001. Henry lived near his schools so that he could have students stay with him and disciple them. CTS was no exception. Living on the bottom floor of the seminary meant that he could lead daily morning prayers as well as teach, participate as faculty and act as a board member.

Into his 70s Henry was still volunteering to go on student-led mission trips to various parts of Thailand. In 2018 Henry was made Professor Emeritus at CTS and stepped down from his teaching duties, yet still helps pastor the Grace Church which meets just above his apartment, a church he helped found twenty years ago.

All things to All People

The incarnational principle of Christ can be clearly seen from Henry’s lifestyle. Henry has never owned a car or even a motorcycle, choosing instead to use public transport so that he can rub shoulders and minister closely with the Thai. His sole means of transportation is a rickety old bicycle which at 90 he still rides to the weekly OMF prayer meeting and his regular outreach to tract in a nearby park or intersection. 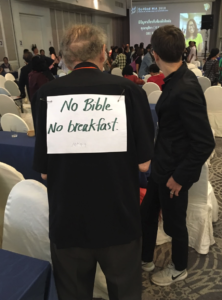 No Bible, No Breakfast

As a doctor, Dr. Henry could have chosen a high-level lifestyle, but instead lives in a small apartment with a limited wardrobe and is frugal in his diet including a weekly fast day which he has maintained for decades. Like the apostle Paul, Henry has the head of a scholar, but the heart of an evangelist. In his 60s he began a Ph.D. program at Westminster Seminary which was unfortunately cut short before getting his degree.

All the Thai who have met him know the phrase “No Bible, No Breakfast” due to Henry’s commitment to read through the Bible yearly and not take nourishment until he has feasted on God’s Word. Henry has kept up his yearly reading program and has not violated this principle all the way from his teenage years.

Dr. Henry is considered by the Thai and missionaries alike as an exemplary humble minister of the Gospel and passionate follower of Jesus. He is a life-long learner and often asks what new book someone is reading. Henry always starts and ends his conversations with a characteristic, “Let us pray …” and maintains an extensive prayer list of co-workers, church members, and Thai leaders which he prays through on a consistent basis.

As a single missionary, Henry never had his own children but has many spiritual children, both those that he has led to spiritual rebirth and those he has discipled are spread throughout the country and number in the hundreds. Dr. Henry’s favorite verse is Philippians 3:10, “That I may know him and the power of his resurrection, and may share his sufferings, becoming like him in his death.” The motto of Chiang Mai Theological Seminary, which Henry helped start is “To know Christ and make Him known” a motto based upon this verse.

Prominently displayed on a wall at the seminary is a large banner reproduced from Henry’s handwriting in Thai script with this maxim. It bears mute testimony to Henry’s commitment to both knowing Christ and making the knowledge of the Lord known to all Thai people.