However, on February 12, 2021, the media announced the surprise appointment of Tetsushi Sakamoto to fill a newly created cabinet position in response to recent troubling trends.

In an attempt to reduce widespread loneliness, social isolation and increased suicide rates accelerated by the restrictions of COVID-19, Mr. Sakamoto now serves as the official Minister of Loneliness.

This new position is called kodoku mondai tantō kokumu daijin in Japanese, which is a rather lengthy title, but the key words in it are “kodoku” and “mondai.” Together, they mean “loneliness problem,” which is admittedly, an unusual title for a government official, but these are unusual times.

Loneliness had already been identified as a growing problem among the Japanese populace in previous years, but the serious measures recently taken to curb the spread of COVID-19 only served to hasten this harmful trend.

For the first time in eleven years, there has been a rise in the number of suicides in Japan after several years of decline due to various public campaigns. In fact, in 2020 in Japan, more people died from suicide in one month than the total number of deaths associated with COVID-19 in the whole country.

Women and Elderly are Hit the Hardest

COVID-19 has only exacerbated loneliness, a problem that has long been in existence prior to current events. Loneliness has been linked to other serious health issues such as heart disease, eating disorders and mental illness to name a few. Women and the elderly have been particularly affected by recent job losses and the implementation of social limitations. The prolonged depression of the Japanese economy and an alarming but steady decline in birthrate is symptomatic of related social dysfunctions that seem to be eating away at the heart of the country.

It can be said that loneliness is one of many elements contributing to these negative patterns.

While innovative government initiatives to reverse this destructive trend of loneliness are commendable, a sustainable and truly effective solution to such a deep-rooted problem lies well beyond the authority and power of political leaders.

From the very beginning of time, when God created man in His own image as a relational being, He declared that “it is not good for the man to be alone.” (Genesis 2:18) Recognizing this inherent need for relationship, God created the first woman to fill Adam’s social, physical, and emotional needs and through them, mankind continued to expand while living in community.

However, such communities were chronically dysfunctional because of man’s fallen state which gave way to broken and imperfect relationships. Even though mankind was created for fellowship and relationships with others, the presence or risk of pain has prompted many to withdraw and restrict their social contacts. For many, this withdrawal is a deliberate choice, but for countless others, such a response has been forced upon them by circumstances, not of their choosing. The end result is loneliness, which, if left unaddressed, can lead to a destructive, downward spiral in other critical areas.

There is an Answer to the Loneliness Problem

While there are no simple remedies for such heartaches, we would be wise, like the psalmist, to turn to the Creator of man’s heart when such burdens seem too heavy to carry alone. “Turn to me and be gracious to me, for I am lonely and afflicted.” (Psalm 25:16)

While commendable, the appointment of a Minister of Loneliness to remedy such serious problems should not be the only solution offered. Applying a superficial band-aid to a deep, festering wound accomplishes little and is extremely unlikely to promote genuine healing.

What we need instead is the appointment of a Great High Priest, (Hebrews 4 and 9) who not only knows our pains but is in a position to truly alleviate them and intercede on our behalf.

Fortunately, that appointment has already been made and Jesus reigns on the throne to bring healing and redemption to the nations and an eternal solution to the “loneliness problem.” 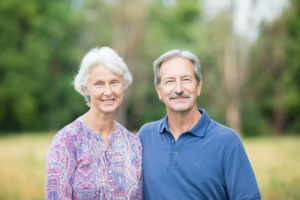 Mike McGinty lived in Japan with his wife, Rowena, for 34 years serving with OMF International in various ministry endeavors. He is originally from Texas, but they currently reside in the Denver, CO area where they continue to work with OMF to equip gospel workers for Japan. If you want to know more about Japan, check out Mike’s blog at: https://ippoipposteps.com/