Faithful Servant to the Lord

Wayne Courtney faithfully served his Lord and Savior for 99 years on earth, and he is now in the presence of the One who held first place in his life since he accepted Christ 79 years ago.

In preparation for overseas service, Wayne attended Prairie Bible Institute. This training was interrupted by the war, and Wayne served in the Royal Canadian Air Force. After his military service, he completed his training at the Toronto Baptist Seminary, and also had a short stint as a pastor. 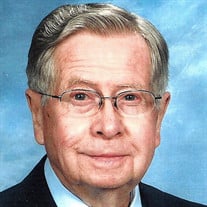 Separated for Seven and a Half Years

When Ruth Saunders sailed for China in 1940, she took with her a piece of the heart of a young man named Wayne Courtney. It would be seven and a half years of separation before they were able to be reunited, married, and together return to China from 1949-1951, before being evacuated from China due to political changes.

On to the Philippines

Soon after, they moved to the Philippines where Wayne helped to consolidate the Mission’s literature program into an effective means for missionaries to establish well-prepared evangelical leaders and churches. Wayne helped to launch the English literature department of OMF Publishers in Manila. The Courtneys served there from 1956-1963 doing literary work, as well as staffing the mission home and serving as House Parents for Chefoo School.

In a report from the PH field in 1960, it was noted that Wayne also helped with displays and sales at conferences within the city, preached on some Sundays, and did a fine job of conducting “Literature for Life,” a weekly radio broadcast.  It was observed that Wayne maintained a fresh spiritual condition and had a generally cheery and humble manner.

From the Philippines to the US

Following a leave of absence from OMF, the Courtneys accepted OMF’s invitation to move their ministry to another country, this time to the US! Not only did Wayne serve as the Secretary/Treasurer of OMF, but together he and Ruth also administered the headquarters’ Mission Home in Germantown, PA, from 1964-1977.  In addition, Wayne taught Bible study in their church and represented OMF at various events.

What I enjoyed finding in Wayne’s personnel file were situations that he had written about as to how God showed Himself faithful to CIM/OMF, specifically through financial provision. One such story came from a young bride-to-be who wrote to inform the US OMF Office that she and her fiancé had told their friends they did not want wedding gifts. Instead, they had asked everyone to give donations to OMF for the Lord’s work.

Another story Wayne had titled, “The Power and Priority of Prayer” spoke of a Thursday morning office prayer session when they were especially praying for the Lord’s financial provision.  He stated, “All was rather “low” and “dark” that morning.  During prayer time the morning mail arrived.  After I returned to my desk, my secretary, with some alacrity and a smile, handed me an envelope containing a check for $50,000.00.  Five minutes later I looked into the main office, and there came Home Director Dan Bacon waving another check for $50,000.00 – from the same donor – but really from the Lord!  It made our day and the generous gifts went to fill up the coffers on the field.  Yes, we gathered and thanked our Heavenly Father.”

It Is Not Our Work but God’s

One last testimony Wayne wrote that I want to share with you is titled, “It is God’s work:  For the Spread of the Gospel…”  Wayne wrote:

The will, drafted way back in 1919 by a woman in Philadelphia began as follows:

“Under a solemn sense of responsibility to Almighty God, my Heavenly father, the Giver of every good and perfect gift, including all things temporal, and recognizing that I am only His steward in the matter of the means He has entrusted to my care, I now make this my last Will and Testament, after much prayerful consideration, and much waiting upon God for definite guidance in its various details.

I believe that as God has kept me free from the closest of earthly ties, such as husband and children, it is, therefore, His purpose that I should live solely unto Him. I further believe that He would have me devote the greater part of such moneys as He has placed in my hands for the spread of the glorious Gospel of Jesus Christ, my Lord. I believe this is especially because, as far as I know, my nearest relatives do not really need such estate for their personal support.”

This was the will of Charlesanna Lukens Huston, who has long been in the presence of our Lord. Her will names many individuals and almost every well-known Christian organization in the USA, to which funds have long since been distributed. This dear lady had a very warm place in her heart for the CIM which was named to receive $175,000 for the Lord’s work in China. It was also this lady who gave the well-remembered property in Germantown, Philadelphia, to the CIM, which served as our North American headquarters for so many years.

Under the provisions of her will, certain funds were left in trust for her nieces, the income to be paid to them for their lifetimes. The nieces were given the power to appoint by will their respective shares of the principle, but in the absence of such an appointment, this share was to fall into the residue of the estate. One of the nieces died in September 1982, and in her will she expressly declined to exercise her power of appointment. Therefore, her share falls into the residue which is directed to be distributed to the CIM – now OMF.

God Continued to Use Wayne in Retirement

I assumed that Wayne would want me to share these stories with you since they were important enough to him to write about them.

In an OMF Biographical sketch, it was noted that “Although retired, Mr. Courtney is a faithful, skilled expositor of God’s Word, and his teaching and preaching are much appreciated by all age groups. He has not lost his missionary vision and burden, and God continues to use him to awaken in His people in the US a like interest in the great opportunities that Southeast Asia presents for winning people to Christ and building His Church.”

Seeking God’s Will Following a Stroke

Personally, I recall Wayne, after he suffered a stroke, had to move to a higher level of care. When I talked with him, he was discouraged that he had to leave his little apartment that he enjoyed so much, but he took a very pragmatic view of the situation and asked God how He wanted him to be used now. God showed Wayne that he should encourage those who are perhaps even more discouraged than he was because they were in an even higher level of care (healthcare) and really were quite isolated. Wayne reported to me that he would have his quiet time with the Lord first thing in the morning, and he would then go over to the healthcare section and share what the Lord had shown him that morning and pray with each person he spoke to.

It Will Be Worth it All

The last time I was able to speak to Wayne was the Tuesday night that the doctors had declared there was nothing more they could do for Wayne and he should be moved to hospice. He calmly assured me what he wanted for the remainder of his life was whatever was God’s best for him and whatever would bring glory to God. Wayne was such a great encourager to me.

He calmly assured me what he wanted for the remainder of his life was whatever was God’s best for him and whatever would bring glory to God.

Wayne ran with perseverance the race marked out before him, fixing his eyes on Jesus, the pioneer and perfecter of his faith. And now at the finish line, Wayne sees the dear face of his Lord and Savior, Jesus Christ and hears him saying, “You ran your race well, Wayne.  Welcome Home!” 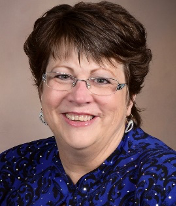 I began working with OMF in 1991 as the Assistant to the Administration and Finance Director. In 2005 I moved to Pennsylvania to live with and care for the last 28 retirees at the OMF Lammermuir Community until it’s close in 2008. Upon returning to Colorado, I was allowed to create a new position to care for all of our OMF retirees around the US. In 2014, I decided to really get serious about the Retiree Care position, and I married one of my retirees! We moved to Loveland, Colorado in 2017 to help care for my aging parents and are still residing here. In 2021 I retired to pursue the next stage in my journey.