All around the world, Muslims are observing Ramadan–a holy month on the Islamic calendar. This year, Ramadan falls on May 26 through June 24, during which time Muslims will fast daily from sunrise to sunset. Doing so is an essential practice in the Muslim faith. It’s a time to express dedication to Allah and Islam. However, Ramadan is also a special opportunity for followers of Jesus to pray and seek God’s blessing for Muslim people.
As we lift up Muslims in prayer, it helps to understand where they live and how they came to settle in communities around the world.
In the West, many people assume that the vast majority of Muslims live in the Middle East. While the region has a large Muslim population, East Asia is actually home to millions of Muslims. To put things in perspective, Indonesia alone is home to approximately 205 million Muslims, compared to Turkey’s 80 million or Iraq’s 37.8 million Muslims.
Check out the infographic below to learn more about Islam in East Asia–both its origins and the countries in which it is practiced. As you learn, pray for Muslims throughout East Asia to have the opportunity to learn more about Jesus and his love for them. 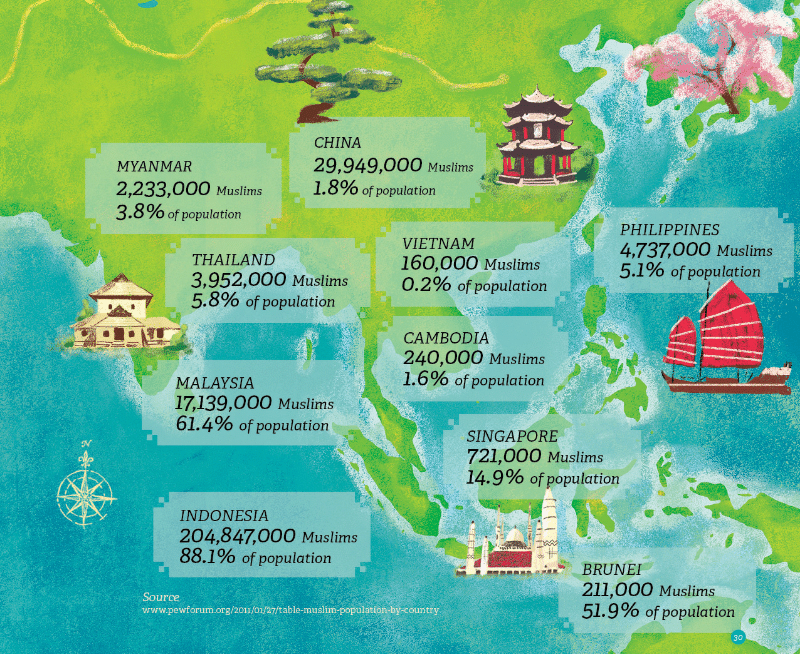 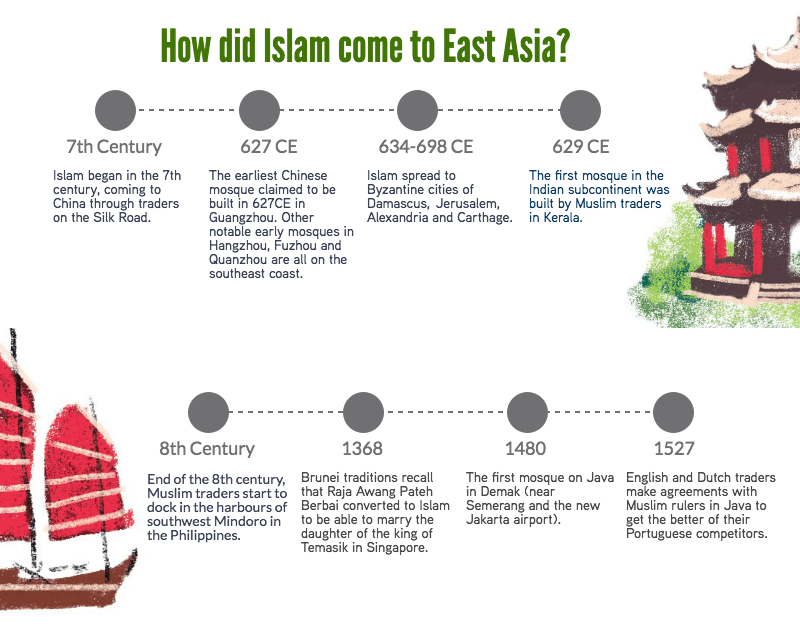