Is American Buddhism the Same as Eastern Buddhism? 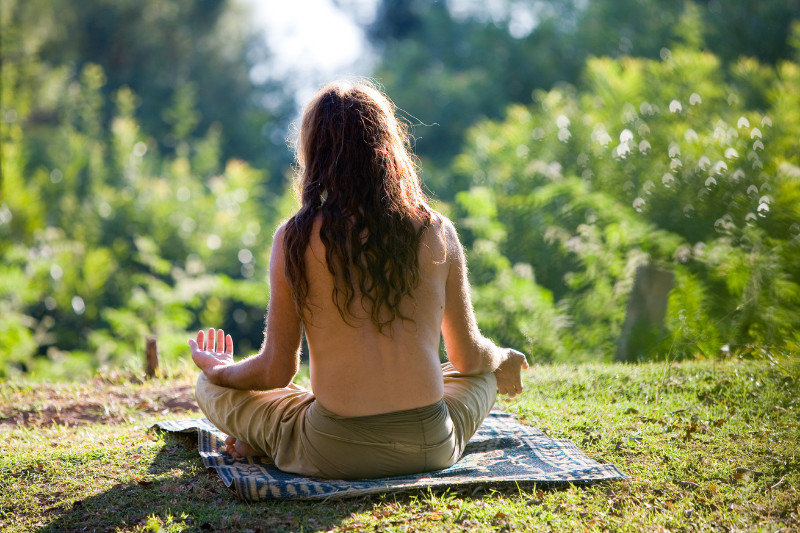 I sit on a mat facing the towering golden Buddha statue. I’m at Wat Phnom, one of the oldest and largest temples in Cambodia’s capital.

Individuals and families pass through to pay their respects. No one stays long, maybe 5 minutes, 10 at most. At the base of the central figure, smaller Buddha statues hold lotus flowers and stacks of Cambodian riel: the offerings of worshipers.

To my right, a little boy in a red shirt kneels and clasps his hands together, facing the many Buddhas. His mother sits nearby. In one swift motion she pulls back her baby girl who reaches for the smoking incense.

I can’t help but notice how different Buddhism looks in Cambodia than it does in the U.S. When my friends hear I’m visiting a Buddhist country, they assume I’ll easily find myself lulled into peaceful reflection while there. I can understand why. Conversations about Buddhism in America revolve around mindfulness, meditation and yoga.

But I never see people meditating in Cambodia. Nor do I see yoga studios on every corner. And I don’t hear people espousing the benefits of intentional thinking.

Instead, I see quick rituals performed in front of statues. Offerings of pastries, bananas and coffee sit in front of ornate spirit houses, which appear on street corners and most business entrances.

The contrast between what I observe in the U.S. and my experience in Cambodia led me to ask the question: do Americans understand what Buddhism really is?

After all, Buddhism originated in Asia. Had Americans simply adapted Buddhism to their own culture? Or were my fellow citizens getting even the basics wrong? Furthermore, do these answers matter to the American church?

As I researched the similarities and differences between Buddhism in America and in the East, I discovered that the answers to these questions were complex. I also became convinced that these answers matter a great deal to the church in America.

Pagma, a bald, light-skinned woman with glasses, smiles at me. She sits behind her laptop in a burgundy and gold robe and tells me to help myself to tea.

I’m at a Buddhist meditation center in Denver, Colorado. I’ve come to answer the question: how do my American neighbors actually engage with Buddhism?

The center espouses Kadampa Buddhism. According to the center’s website, the desired outcome of Kadampa practice is to “Transform all our daily activities and experiences …. into the path to mental freedom and enlightenment.”

Buddhism has two main schools: Theravada and Mahayana. Kadampa falls under the latter.

Both traditions were built on the teachings of Siddhartha Gautama, the Buddha. He believed that all people are born into suffering. He taught that ridding one’s self of desire is the only way to escape pain and reach enlightenment. According to the Buddha, following the Noble Eightfold Path, which includes principles like right thought, right speech and right awareness, brings us closer to enlightenment. The Theravada tradition teaches that enlightenment is only available to a select few. Mahayana Buddhism, however, posits that enlightenment is available to all.

Pagma and that day’s meditation instructor, Doug, both revere and study Buddha’s original teachings. Those attending the 30-minute midday meditation class that day, however, fall on a spectrum. Several people say it’s their first visit.

Pagma tells me that not everyone who comes to the center identifies as Buddhist, but she’s okay with that. She just hopes the center helps people find happiness, regardless of their religious affiliations.

I get the feeling that the center doesn’t have a covert mission to convert anyone. The instructor truly hopes to help people find inner peace. In doing so, he tells me, he will be one step closer to enlightenment himself.

Visiting the Kadampa center gave me a glimpse into a fascinating trend in America: the practice of meditation-based Buddhism for those seeking self-improvement.

The complicated task of defining Buddhism

Meditation-focused American Buddhists may or may not be familiar with Buddha’s original teachings, but are content to adopt Buddhist practices in the search for inner peace.

While some might be tempted to say that this buffet-style Buddhism seen in America isn’t “real” Buddhism, it’s not that simple.
That’s because, whether in the East or West, Buddhism as a religion is malleable. Alex Smith, OMF Advocate for the Buddhist World, explains how Buddhism adapts to the surrounding culture:

“Down through the ages, Buddhism has encouraged placid assimilation, which made spreading this religion quite eclectic and even elastic. So today Buddhism has a vast plethora of fascinating faces across earth.

Common acceptance and syncretism produced many different cultural expressions of Buddhism mixed with local beliefs. It is not uncommon to find a variety of seemingly conflicting religious practices incorporated into the lives of Buddhists.”

Buddhism’s many faces are accompanied by a variety of names. On the Tibetan Plateau in China, you’ll find farmers and herders practicing Tibetan Buddhism. In Thailand, most people can be found observing Folk Buddhist practices.

In the West, terms like “secular Buddhism,” “white Buddhism” and “modern Buddhism” have been coined in attempts to put definition around Buddhism’s newer forms.

Although, with the continued rise of globalization, neither the East nor West has a monopoly on any one variant.

What does this mean about Buddhism in America?

It means Americans who call themselves Buddhist simply because they’ve adopted meditation aren’t doing Buddhism “incorrectly.” But, it does mean that just looking at one of Buddhism’s faces won’t give you a comprehensive understanding of the religion. Especially if you’re an American wondering what an Eastern Buddhist looks like.

Surprisingly, you don’t have to leave the U.S. to observe this variety within the Buddhist world.

Observing the practices of Asian immigrants can actually help us understand what Buddhism in East Asia looks like. And perhaps more interestingly, why it looks so different than the self-improvement motivated Buddhism that receives so much attention in the U.S.

Researchers continue changing the way they categorize Buddhists in America. They also struggle to put a number on how many there are (anywhere from 1 to 5 million). Two commonly recognized groups, however, are immigrants and converts (those who didn’t grow up Buddhist).

In the article, “How American Buddhism is Like an Elephant,” Peter Feuerherd explains the contrast between these two groups.

“Immigrant Buddhists perceive their religious observance as rooted in family traditions. In this strain there is strong emphasis on spiritual connections with ancestors. By contrast, converts to Buddhism tend to be attracted largely by meditation practices. Their Buddhism is more aligned to that practiced in monasteries in Asia than it is to family-oriented temple culture.”

For most Asian Buddhists, personal development is not the driving motivator of their religious rituals. Practicing Buddhism provides a way for them to maintain loyalty to family and society. While many Americans of European descent prioritize personal well-being in their decision-making, Asians prioritize their families and cultural traditions.

Denis Lane expounds on this idea in his book, One World, Two Minds:

“Asians do not always understand the Western emphasis on personal decision in evangelism. When major decisions have always been made by the group, the individual does not expect to choose or have to choose for himself. … Without group decision in Asia, there is no decision at all.”

The stories of Cambodian Christians illustrate Lane’s statements well. Take Nee’s family, for instance. They grew up devout Buddhists. When Nee’s sister, Clara*, became a Christian after moving to the city for work, Nee was devastated.

“To be Khmer (dominant ethnic group in Cambodia) is to be Buddhist,” Nee told me. Her family discussed the possibility of disowning Clara for her decision.

Even beyond a family offense, Clara’s conversion was an affront to the whole village. It was a village custom for those who went to work in the city to come home and celebrate their success with the whole community. “But my sister didn’t throw a party,” Nee said. “She had abandoned our traditions and replaced them with talk of Jesus.” The village began to persecute Clara as a result.

The importance of family decision-making is real for Asians. And it’s a mindset many Asian immigrants bring with them to the U.S.

On the flip side, when a family member turns to Christ, it has a powerful impact on the whole family. After Nee’s sister came to Christ, her father eventually followed suit. Today, Nee and her entire family are believers.

What’s the takeaway for the American church?

As we’ve learned, defining Buddhism is challenging.  But that doesn’t mean we should settle for a simplistic explanation.
The American church needs to check their assumptions about Buddhism at the door. In doing so, Christians can empower themselves to better pray for, love and serve our Buddhist neighbors—whether in America or East Asia.

To break down these important takeaways more fully, here are three ways you can turn your new knowledge about Buddhism into action steps:

Though I set out to observe the differences between Buddhism in America and East Asia, I also noticed the similarities they share. Mainly, the rituals people conduct, whether giving gifts to the Buddha or centering the mind, must be done day after day to achieve inner peace.

The type of peace I want for all people is the peace Christ offers us. It’s a peace that can’t be earned through rituals. It’s given freely—for eternity—by a God who knows and loves us. Will you join me in praying for East Asians to find this peace? 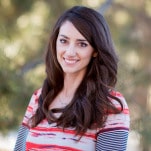