After talking to a number of TCKs and reflecting on my own experiences I realized that TCKs have a level of shared experience. Though our stories are dramatically different, there are some things most TCKs feel and experience at some point in their lives.

If you’re a Third Culture Kid you…

And maybe, just maybe you…

I know, plenty of you Third Culture Kids are doing great. You build secure romantic attachments. Well done. You’re doing better than half the American population.

But the reality is, the past impacts us until we find healing.

Even with the most amazing parents in the world, TCKs often experience feelings of inadequacy and can experience difficulty in finding a sense of belonging. These feelings tend to transfer into relationships, and leads to a reluctance in committing, or even a lack of boundaries in building relationships (especially romantic ones) too quickly. 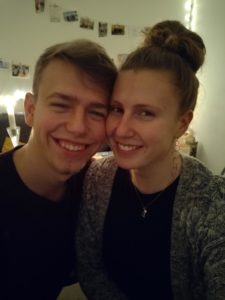 I spoke with Joel and Maria, adult TCKs, to better understand a TCKs experience and how their global upbringing has impacted them. Joel and Maria, although both TCKs, come from different backgrounds.

Joel was born in England to Dutch parents, raised in China, attended college in the U.S., and currently lives and works in the Netherlands for an IT company.

On the other hand, Maria was born in the Netherlands, raised in Spain, studied for a year in England, and now works in the Netherlands as an English teacher, while also working towards her M.A. in Linguistics.

Despite their different backgrounds, they share much common ground simply because they were both raised as Third Culture Kids.

Every Third Culture Kid I’ve talked to has expressed how much they relate with and find themselves at home with other TCKs.

Joel shared this same sentiment as we talked.

“From a friendship perspective, being a TCK makes you feel a little alienated with the people you’re supposed to be able to call your country mates. Traditional Dutch people… always made me feel a little out of place or different.

But, I did find a home in other TCKs, other people who were raised internationally. I always found I could walk into a room and within five minutes I could tell if there was another TCK present.”

Maria shared her additional struggle to belong to a specific culture.

“When I moved to Spain, I went directly into fully Spanish schools, everything. All my friends were 100 percent Spanish, so I always felt like the odd one out. But I really wanted to fit in because I love the Spanish culture.

In my case, when I’m in the Netherlands I feel really Spanish. When I’m back in Spain I feel really Dutch. So, there’s always going to be this disconnect with friendships.

When you’re in a different country (I lived in England for a year) you’re a foreigner full stop. There’s no explanation, you’re allowed to be weird.

Maria and Joel have found their global background to be a blessing in their relationship.

Joel: “Maria and I understand each other at a really deep level because we are both TCKs. But, she has a really different mix of cultures than I do, right?

At the same time, I think we understand each other better because we’ve been forced to broaden our perspective for things that aren’t normal or wouldn’t be normal.”

Maria: “In a romantic setting, the gap is just smaller. You can get in-depth conversation and understanding a lot quicker. For me, home and identity has always been very people bound. So, in a romantic relationship just finding home in a person, is pretty cool.

In a romantic setting as well, I don’t really care where I end up settling with that person. I feel like the TCK experience gives you different tools to adapt into cultures or social settings, maybe a bit more quickly. Or, at least in my case, I’ve accepted being awkward and weird and I embrace it!”

The Art of Finding Home

Joel and Maria have learned to embrace the good, while learning from the negatives they have experienced. As they spoke, I realized we all have a need to feel like we belong somewhere and to feel safe in that place of belonging. That need isn’t just for Third Culture Kids; it’s a need we all have as humans.

As I’ve processed through my own experiences as a missionary kid and talked to people like Maria and Joel, I’ve seen this recurring need to find home in a person.

While I value that in my own life, I wonder if there isn’t a further step for us to take. Yes, people can become our home. Yes, heaven is our home. But even if people don’t leave, they do disappoint us, and we aren’t in heaven yet. For myself, neither of those things is enough. I need more.

I believe God has a plan for right now and that plan means finding home in him.

I’m learning he is my home. He’s not someone who will ever leave or let me down.

We’re each on a journey to find home. I pray you find your home in the one who knows your name and chose you before the world was formed. That’s a love to commit to. And out of that love, healthy relationships can be formed.

*Views expressed in this article are those of the author and interviewees and don’t necessarily reflect the views of OMF International (U.S.).

Hey TCKs! Have you thought about using your experience as a TCK to help other TCKs? We have opportunities just for you.