Remembering the Life of Jack Largent

Jack Largent is now in the presence of his Heavenly Father whom he served so faithfully and loved so deeply. This is a part of his story and how God used Jack, and his wife, Darlene to bring the hope of the gospel to East Asia.

In Jack’s application to the CIM (China Inland Mission) in 1956, he noted that he was saved at the age of 11. His mother had come home from a Sunday evening church service and while he was supposed to be asleep, he heard her speaking to his father about the sermon she had heard about hell–and the end prepared for the lost. The more she spoke to his father, the more Jack realized he was lost! In the midst of his tears, he told his mother that he wasn’t ready to go to heaven but he wanted to be ready. So she explained the way of salvation to Jack, and he asked Jesus to save him.

Jack graduated from Moody Bible Institute and served as a senior student at Sterling College in preparation for service to his Lord. Jack was employed as a student pastor at Fairview Methodist Church in Nickerson, Kansas while he was attending college.

What is the motivation for serving in missions?

When asked what his motive was for offering himself for foreign missionary service, Jack responded,

First of all, it is my desire to put myself wholly at his disposal for everything that he would have me do because he is worthy of all that I have, that I am or hope to be.

Next, it is my desire to take the message to those who haven’t heard.

Finally, his command was to “go into all the world and preach the gospel to every creature.”

The United States is blessed with many messengers of the gospel, but in other lands this is not so.  Therefore, unless He closes the door, we shall serve him in a land where the gospel is being introduced. 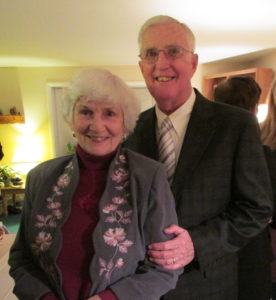 Jack noted that he and Darlene had been thinking of offering themselves to the China Inland Mission “because it is a mission which operates on faith, complete dependence on the faithfulness and love of God, not only to supply material needs, but to produce in each member a true Christ-likeness and thereby exalt Him so that those who don’t know Him will desire Him.”

Jack and Darlene were accepted into CIM membership on June 4, 1957.  They spent two years in Singapore in language study and waiting for sponsorship, before spending two terms of service (1959-1966) in church planting in East Asia, as well as various other outreaches and ministries.

After Asia, Serving in the US

Their next move was to New England where Jack was a student at Gordon-Conwell Seminary. After seminary, they moved to Pennsylvania to serve as Candidate Secretary for OMF (CIM had become OMF in the meantime.). Eventually, the Largents moved to California as South West Regional Directors.

There were glowing reports of how effective the Largents were as Candidate Coordinators and Regional Directors.

Another Director described Jack as a combination of pastor, exhorter and encourager in a lovely blend–with Jack’s motivational gift being that of a nurturer.

From 1979-1980 the Largents accepted a request to return to Singapore to fill in for one of the directors who was on furlough.

Returning to Serve in Asia

Fifteen years later (1995-1997), Jack and Darlene were able to return to their beloved people in East Asia to teach English as a second language.  Their leader reported:

We have benefited tremendously from Jack and Darlene’s two years with us, and come to know what special people they are.

They have given of themselves…  It has been a tough time in a number of ways, including a most unpleasant problem with an intruder in their house who stole their computer, but they have come through all this with great trust and resilience… Jack and Darlene will soon be going on to a new challenge, that of retirement in God’s service.  I have no doubt that He will continue to use them in the US, and that their involvement in this ministry will not stop just because they are back there!

Jack and Darlene complete 40 years of service with OMF this year, which speaks for itself.  We thank them for it, and praise God who is glorified through it all.

Retired, but Not Finished

Jack and Darlene’s official retirement date from OMF was October 1997, but that did not stop their ongoing support of missions, outreach and ministry to OMF missionaries, as well as many other missionaries who were sent from their local church and Lancaster Bible College. Missions was truly a life-time calling for both of them, and they have served the Lord well in His Kingdom work. 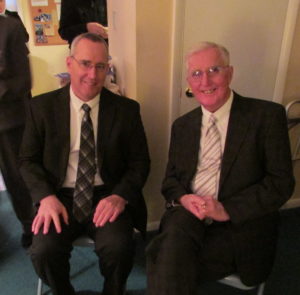 Additionally, the Largents have continued providing hospitality, encouragement, and service to others. Personally, I have been richly blessed by the Largent’s love and support in my time caring for the Lammermuir community in the early 2000’s, as well as each time I have returned for a visit following my move back to Colorado. Jack was always there for a Godly Fatherly prayer and words of wisdom when I most needed them.

I can only imagine the throng of believers who surrounded Jack as he entered heaven – many whose lives he had influenced without his realizing it. We thank God for allowing Jack to bless us for as long as He did. He shall be greatly missed by all of us who were privileged to know him. I can envision Jack in heaven humbly and joyfully bowing before his Lord and Savior, Jesus Christ.

Icons made by Smashicons from www.flaticon.com
wpDiscuz
6
0
Would love your thoughts, please comment.x
()
x
| Reply