“It’s a privilege to be a part of this critical point in a person’s calling.”

The missionary life is one of sacrifice. A road less traveled. It’s a journey. OMF’s long-term vision is to see church growth in East Asia and to see the Gospel spread into its unreached people groups. A key factor to doing that is partnering with people who share that vision.

A missionary’s life on the field is a journey, but there always has to be a starting point. There is a beginning that leads the individual or couple to that tiny apartment in the bustling city of Phnom Penh or hosting Bible studies for young students in Tokyo. For missionaries with OMF, they begin their journey through the Candidate Course. 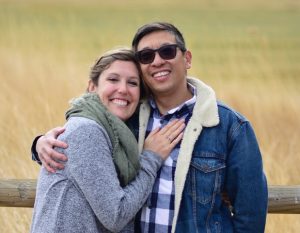 Michael Woo, a director and overseer of the Candidate Course, commented that the course has been viewed as one of the “most important” steps for a missionary serving with OMF. The course is a time of evaluation both for the missionary in question (the candidate) and the course’s overseers, Michael and his wife Naomi. It’s a time when candidates learn about OMF’s history, its various outlets of ministry, and the different fields (countries) where OMF serves.

A Time to Equip and Train

The course is not only an evaluation but also a preparation. The Candidate Course is designed to equip and train those who have been given the vision to enter the mission field. Naomi observed that many missionaries, when asked about their OMF journey, say the Candidate Course is a highlight and something they remember for years to come.

In the past, the course was a more formal occasion involving business suits and a business-like environment. In recent years, however, the Woos have seen it evolve into a climate that conditions and encourages relationships, community, and growth. 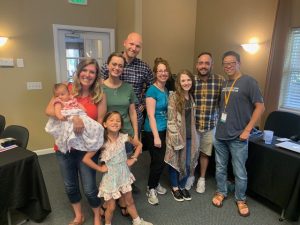 Naomi and Michael with candidates.

With this evolution, Michael and Naomi have enjoyed developing the course so that it involves a lot of interaction among the candidates. It is intentionally relational, and there’s comradery built during the in-person training and orientation. It’s a time of testimonies and reflection for the candidates. Naomi says there are also “moments of refreshment and encouragement.” Candidates are given the opportunity to pray with one another, have quiet times with the Lord and listen to his voice. In the process they get excited about the journey for which God has called them through OMF.

Michael and Naomi spoke with pride about the candidates that come through their course. According to Michael, “By the time the candidates come to us after their application, paperwork, and guidance counselor, they’re in for the long haul.” Their enthusiastic attitudes, hearts devoted to God, and willingness to sacrifice so much to get to the field are an inspiration to the Woos.

A Puzzle Piece to a Bigger Picture

Michael described the course as one puzzle piece, a part of the bigger picture. The Candidate Course is not the end. The course is a springboard for partners starting their missionary journey with OMF. It’s a beginning that leads to an incredible life of faith and trust in God as they dedicate their lives to the service of those in East Asia.

After completing the course, the accepted candidates become appointees, and they continue to work with Michael and Naomi through their partnership development training (which is about gaining prayer support, as well as fundraising). Naomi summarized her experience as a candidate coordinator by saying, “It’s a privilege to be a part of this critical point in a person’s calling.”

If you are interested in missions in East Asia and would like to learn more about partnering with OMF, please visit: https://omf.org/us/go/ 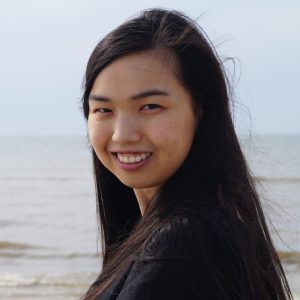 Hannah Porter was born in Nanchang, China, but grew up in Morrison, Colorado. She studied at Colorado Christian University and graduated in 2017 with a Bachelor’s Degree in Communications. The command of the Great Commission to go into the world and share the Gospel has always been a presence in Hannah’s life. She’s had the opportunity to spend multiple summers on short-term missions in the Philippines and Cambodia. Currently, she resides outside the United States with her husband. Together they volunteer with the ministry Josiah Venture at their local church in Eastern Europe. Because of Hannah’s experiences, East Asia still holds a place in her heart, and she enjoys using her free time to volunteer with OMF.