What is God’s Plan for Humanity?

Does global evangelism destroy culture? Have missionaries been responsible for causing harm to culture? Lionel shares how God’s plan for humanity does not include the destruction of culture, but instead calls for dignity and unity.

What is your response to those who believe global evangelism destroys culture?

We know that cultures change because of pressure from the inside as well as pressures from the outside. Pressures include everything from the desire of a group to get ahead to things like weather, war, famine, disease, or the influence of another social group. Pressures to change are ubiquitous.

Dominant cultures invariably survive in all their positives and negatives because they have the weight of a large social group behind them. Minority cultures are faced with radical change, and at times, obliteration, simply because they are not dominant.

Whether or not this cultural change is good or bad depends on what aspects of culture you are thinking of. Every social group has a wide range of values, behaviors, ideas, and rules.

At the same time, there is a gradient that runs from the wonderful, through the humdrum and essentially all the way to the underbelly of every social group that has ever existed. Every human knows the pain of values, behaviors, ideas, and rules that can include dire things like racism, no-fault divorce, misogyny, domestic violence, animal torture, infanticide, slavery, ad nauseam.

Has Christianity acted like a dominant culture and unjustifiably changed or wiped out indigenous, minority cultures?

In 1865, Dr. J. Hudson Taylor, MD, arrived in China, intent on sharing the good news of Jesus and caring for the medical needs of the people. Other missionaries were there, dressed in Western clothes, wielding knife & fork, speaking English and decrying Chinese culture as backward and irredeemable.

Taylor took exception to these behaviors and was harshly criticized for adopting the ways of the heathen, for he chose to speak, read and write Chinese, eat with chopsticks, dress like the Chinese and grow a queue (pigtail)–congruent with the style of the time.

The mission he founded continued to dignify all that was delightful in the cultures they encountered. Throughout the region, scores of indigenous languages were written down and preserved. The same attention was given to local music, dress, adornment, dance and more.

Christianity teaches that all human beings are created with the image of their Creator upon them, hence goodness and beauty is found in every social group on earth.

Has Christianity participated in the elimination of any cultures?

Yes. Missionaries coming from dominant cultures have imposed their culture on others because they think their culture is better. In this unholy enterprise missionaries have often marched in rank with merchants, politicians, armies, adventurers and empire. It is totally wrong.

Please bear in mind, there are many Christians and many missionaries and they are not all the same.

Sharing the Good News of Jesus’ salvation does not require the obliteration of a culture, but should lead to its redemption. When the Gospel of Jesus is received by a social group, change invariably happens. Jesus himself described this transformation as “everlasting life,” “rivers of living water,” “new birth.”

Jesus’ change is about people and culture becoming best.

The good is validated and the underbelly is scraped clean. If those who bear the message of God’s Grace are led by Christ’s Spirit, and not by their own cultural prejudices, those receiving the Gospel will become more fully what they were created to be, not clones of the missionary.

The Bible does not advocate a “one size fits all” Christian culture but rather a diversity that describes the Kingdom of God as the wonderful unity of people from “every tribe, every tongue, every people, every nation.”

God’s ultimate purpose is not a uniform alloy but a shining array of different and special social groups! 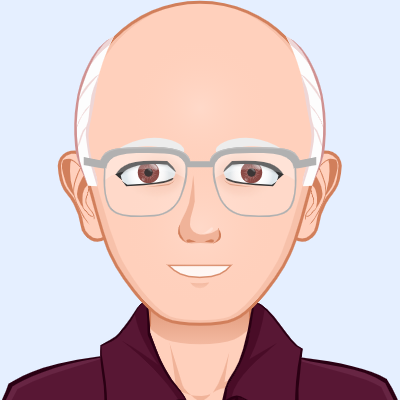 I’m a Canadian guy, who grew up in a small, monolingual, lower middle-class town. We were not global people. But at age 19 I left Canada and went to live in a rural part of Southeast Asia. I loved it!

I lived with subsistence farmers, learned their language and grew to feel like this so-different-from-Canada place was home. Over the past 48 years I have mixed with many of the languages and cultures of the region, have made many friends and along with my wife have become “old uncle” and “old auntie” in our current community on a misty plateau in this rural country we love.

I just finished reading “Hudson Taylor’s Spiritual Secrets” as my daughter plans to go to Southeast Asia this summer (if it’s God will). I wanted to know about the founder of OMF and what a blessing it was to read! I’m excited to see how God leads her in the coming years. Thank you for your insight and your service to the people in SA.

Cheryl so many people have been touched by that book, we’re pleased to hear you were also encouraged by reading it. It’s wonderful when parents are interested and involved in the mission work their children would like to do. We pray your daughter is able to go at just the right time and that the Lord will enable you to be an encouragement and support to her while you remain at home. Who knows, maybe you’ll have a chance to go to East Asia yourself!

Your article starts with a picture of the Manobo in Mindanao, Philippines. Having worked with the Mangyan on Mindoro, we had the privilege of working with the OMF team that took the Good News to the Manobo. The story is told in BAMBOO CATHEDRALS available from Amazon. Today, one of those Manobo leaders is setting up a Manobo Bible Training school for emerging Manobo Church leaders. And, as your picture shows, they still wear ‘Manobo’ clothes. Thanks. Dave & Bev Fuller.

0
wpDiscuz
3
0
Would love your thoughts, please comment.x
()
x
| Reply
The OMF US website, like most, uses cookies to help provide you with the best possible experience. Learn more