What is Discipleship?
Everyone knows Jesus has commanded us to make disciples. Sometimes I get tripped up by trying to find the best method to follow or reading the latest book about what discipleship should look like. But, as I look back over my life, discipleship has come in surprising ways.
5 Minute Read

What is discipleship? My first experience with discipleship happened in an unlikely way. While studying at college, I attended a small church plant. One of the regulars was a 75-year-old lady. We were so different!

I was young and just starting my adult life; she was older and focused on ending well.

I had grown up living in Asia; she had never even owned a passport and even thought that missionary kids (like myself) were a little weird.

And yet I was drawn to her, and eventually summoned my courage to ask if she would be willing to mentor me.

She agreed and we began meeting semi-regularly to read the Bible and pray together. I enjoyed those times, but it wasn’t until she started inviting me into her home and spent time with her and her family that I really began to build a relationship with her.

Through the next few years of school, her home became my refuge on weekends, her kitchen became the place to eat my meals, her back porch became the place we would sit with our cups of coffee for hours and share about life.

We still spent time reading the Bible and praying together—but there was so much more. Through all the stories she shared about her life of following Christ, the lessons from the Bible came more alive as I could see the principles put into action.

My time with her was probably just as formative for me as my four years of college.

Our first four years in Asia were hard. My husband James and I were trying to learn a new language, a new culture, and a new worldview. A lot of things we encountered, as we left our house each day, emphasized the dissonance we were feeling.

We knew we needed to find some friends to spend time with so we could experience mutual encouragement and discipleship. But it just wasn’t happening. All the “important” things in life (like language study, paying the water bill, navigating new ministry openings) seemed to squeeze out opportunities.

Then watching TV changed things for us.

We decided with another couple in the city to have a weekly meet-up to watch a TV show together.

We picked a night, took turns making dinner, and enjoyed a brief respite from the stresses of overseas living.

What we discovered, though, is that this gave us a consistent space to share about what was going on in our lives—the struggles, the small victories.

Some nights, long after the TV show ended, we would still be talking, and end up praying for each other.

What started out as a shared recreational activity morphed into a weekly discipleship time that ended up providing the support and encouragement we had been originally looking for.

Around that same time, James and I were taking language classes – together. The only thing we had going for us was that we were both really slow at learning the language. Our learning styles were completely different. This sometimes caused tension during our language classes. The daily hour blocks with our teacher were not what we would describe as model marriage moments.

At the end of a long semester of pushing through, our teacher, who was a young believer in the church, said something that made us sit up in attention. She commented that before having the two of us in class together (every day, five days a week for one semester), she had given up on the idea of marriage.

No one around her modeled marriage in a way that was attractive to her. But after watching us, she was reconsidering the benefits of being married.

At the time, we were beyond shocked that God would use us in one of our weakest times to bring encouragement to a young believer.

Looking back, I would even consider it as discipleship – we were sharing our lives with her, day in and day out, even though it was in a small, boxed-in classroom and she wasn’t given much of a choice to be part of it.

So, what is discipleship? These three examples show the various kinds of discipleship – discipleship from someone who was wiser and older; peer-to-peer discipleship; and finally, me (accidentally) discipling someone else through them simply observing my life.
The settings are different: a home away from the college dorm; a living room watching TV, and a tiny cramped classroom. The common factor? Consistent time together over an extended period of time, simply sharing life together. Reading the Bible and praying together all showed up in these places at different times and in different ways, but I most experienced their transformative work in the context of sharing life. It is one thing to understand a Biblical principle; it is another thing to see it lived out in life.
Jesus is the best disciple-maker model we have. He spent three years eating, sleeping, and living life with the people he was discipling.

If I want to imitate him, then I have to ask myself, “Who do I have around me that I am consistently sharing my time and life with?”

Honestly, in the last few years, as our life transitioned from Hong Kong to the US to Singapore, and then back to the US, I never felt we had space to add “one more thing.” But I need to remind myself that when I make this kind of time for people, I am taking the first step in obeying Jesus’ command to make disciples

So, who can I invite over for dinner this week? You’re welcome to join me. 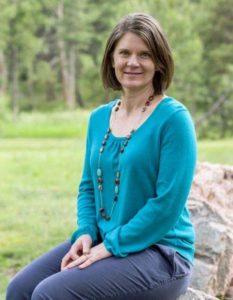 Lisa, a third culture kid who moved to Indonesia when she was only six months old, has had a heart for Asia since she was young. Since 2006, she has spent most of her time in Asia serving together with the Asian church alongside her husband James. She recently moved back to Denver to begin a new adventure as Co-National Director for OMF (U.S.).