A Short History of Medical Missions in Thailand

In the mid-20th century, surveys revealed that there were no known Christians in the eight central provinces (~2 million people) in Thailand, nor was there much modern medical care. Treatable diseases were going untreated in thousands of people.

Finally, the doors opened to start medical missionary ministry in Central and South Thailand. This is the story of that work.

Thailand is the “Land of Smiles” and Thai people are very hospitable. Thai are also devout Buddhists as well as very loyal to their king, their country and their families. So, any Thai who becomes a Christian is often considered a traitor to all of the above. As the saying goes, “To be Thai is to be Buddhist.”

The Start of Manorom Christian Hospital

In the mid-20th century, most travel to the vast plains of Central Thailand was by riverboat. OMF established medical clinics on the river banks at Inburi, Wiset and Chainat. They confirmed the enormous medical needs, like untreated malaria, tuberculosis and leprosy. 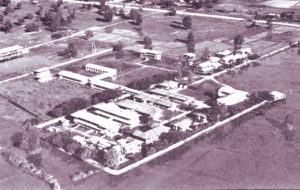 One day a doctor and an administrator were traveling nearby. As they drank tea to refresh themselves at a local shop in the Manorom market, a Thai man asked what they were doing.

After a discussion, the man said, “Why don’t you build your hospital here? I’ll provide the land free of cost.” That was the beginning of Manorom Christian Hospital (MCH).

Surrounded by emerald-green rice fields, it was also called “Paddy Field Hospital.” Drs. Chris and Catherine Maddox, fresh from China, led the team that opened their doors to patients in August 1956.

At the same time, nurses set up medical clinics at local salas (shelters) that protect locals and travelers from the stifling heat. These were especially suitable for leprosy patients, most of whom had been ostracized from their homes and marginalized by society.

The nurses, however, seeing beyond the physical deformities, listened to their fears of crushing debt from futile treatments, of dashed hopes and of family struggles.

Then they provided appropriate medications, read a passage from the Bible and sang a few songs. These sala leprosy clinics eventually became small church gatherings that fostered a “church growth movement” in the 1950s-60s.

Although both these hospitals had to close due to staff shortages, the churches continued to grow, as a result of the Gospel, goodwill and compassionate care provided over the previous decades.

Not only were these three hospitals providing high-quality medical care, but they were also intentionally training their local staff. That included patient care, of course. But in addition, it involved the transfer of values such as honesty, integrity, punctuality and professional behavior. When Buddhist and Christian staff left to work in hospitals elsewhere they were recognized for their superior talent and skilled medical care. So, in many ways, these hospitals had a much greater influence beyond their walls and their little-known towns; their influence was touching other parts of Thailand!

Despite these developments, however, conflict and tension were present. Church planters clamored for more evangelists. OMF was offered 13 provinces for ministry but hardly had enough personnel to evangelize the eight they were able to enter.

At one point, half of all missionaries in Central Thailand were medical personnel. This suggested progress to some, but not to others! But when have there ever been “enough” missionaries for the work to be done? Prayer, special meetings and conferences sought to find solutions and ways forward. 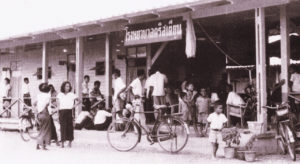 The Lord Raises Up Local Believers

“Uncle Niran”* grew up a hundred miles east of Bangkok. As a young man, he developed a numb spot on his arm—then over the years pain that shot down to his hand. As the numbness worsened and paralysis set in, he found that he couldn’t grasp objects like before.

He was scared; a friend told him about a clinic run by foreigners. As he was waiting to be examined, he saw the doctor clean a foot ulcer of another patient. He was flabbergasted.

He had never seen ANYONE touch a person with leprosy! He had to find out what was behind this incredible care. This was the beginning of his journey to becoming a Christian. Eventually, he married a young lady (also with leprosy) who was from Central Thailand and later they moved to Manorom.

By that time Manorom Christian Hospital had been functioning for some time, including a special leprosy and rehabilitation wing. There were so many leprosy patients with so many needs that doctors, nurses, physical and occupational therapists dedicated themselves to their care.

They provided not only physical and spiritual care but also provided skills for making a living. Furthermore, their commitment eventually resulted in a community that fostered mutual encouragement.

The medical team asked each one what they had done before they had contracted leprosy. Some had been teachers; some farmers; others musicians. Despite their scarred bodies and emotional trauma, they not only regained their dignity, but they were also able to resume work and contribute to society. Some of the talented musicians (leprosy and non-leprosy) wrote lyrics and composed music for a whole new era of indigenous Thai music and worship.

Honored with the Order of the White Elephant

In addition to OMF leprosy work in Central and South Thailand, Presbyterians in the North and Southern Baptists in East Thailand provided similar ministry. One young man researched missionaries in all three agencies. He concluded that the medical teams of these mission agencies had “conquered leprosy” in Thailand!

Imagine the impact of not only curing bodies but also of establishing communities of people who share the stigma of the disease. Dozens of churches, both leprosy and “well” were started as a result of these medical thrusts. The Thai King and Queen visited Saiburi Christian Hospital twice in order to recognize and honor their service to the leprosy and “well” communities. The leprosy team also received Thailand’s highest honor for non-Thai people, the Order of the White Elephant.

A New Generation of Hope

Thai government restrictions eventually stemmed the flow of eager expat medical professionals to these hospitals. Then one day a young Thai Christian pediatrician appeared “on the doorstep” of MCH and joined the team.

As one door closed, God opened another: that of qualified Thai Christian medical professionals. In reviewing 50 years of medical, educational and rehabilitation work at MCH, some Thai hospital staff became Christians, then some of their children.

One daughter of leprosy patients is now a cross-cultural missionary, working among the Malay people of South Thailand. A mission hospital serving the local community and beyond also became a place of vision to serve God and his world!

As for Uncle Niran, as deformed as he was by the disease, he worked in the shoe shop with tools specially made for his hands. His faith grew and he eventually became an elder at Manorom Church. He and his wife continue to live, witness and worship in Manorom, Central Thailand. They serve as a remarkable example of God’s amazing grace. 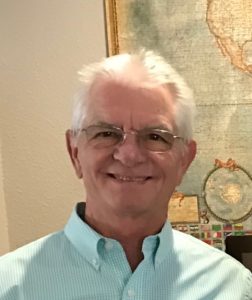 Neil Thompson served as a missionary surgeon with OMF at Manorom Christian Hospital in Central Thailand from 1978 to 2001, providing high quality medical care while complementing the overall evangelistic focus there. Subsequent to that, he was the OMF-US National Director for about 10 years and then mobilized and promoted medical missions another 10 years. In re-retirement, he enjoys sharing stories of the impact of medical missions in countries around the world! He loves his wife Wannee, sons Nathan and Kevin and daughter (in-law) Ioana. He likes fishing, gardening and reading.

Thank you Neil for sharing this story! Now I am in touch with a Thai lady whose dad, Mr Prasith wa treated at Manorom for TB. Her name is Bee and she is working with OMF Switzerland reaching out to Thai ladies around where she lives! She married a Swiss man and they have 2 kids. Bill knew her dad…I sent you the story in an email!!!

0
Icons made by Smashicons from www.flaticon.com
wpDiscuz
1
0
Would love your thoughts, please comment.x
()
x
| Reply