A Growing Love for Japan

When I was growing up my family hosted Japanese exchange students. In 2016 my family took a vacation to Japan to visit families of students we had hosted. It was then that God first began to work in my heart and show me the need for Christ in Japan.

In 2018 I stayed with a family for one month in Tokyo as an exchange student. At the end of that time, I walked down a street and saw a cross on a church building. It surprised me because I realized it was the first church I had seen the whole time I had been there.

It is always thrilling, but also sad, to pass by a church in Japan. They are so few and far between that seeing one is like seeing a rare jewel. 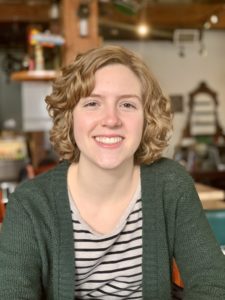 It was at the end of that trip that I began to wonder if the Lord was going to use this experience in more ways than I realized.

It seemed a waste to have so many connections, know about the culture, and see the spiritual need in Japan and not do anything with that.

Two weeks later I was back in the US at Summit Ministries (a two-week worldview conference for young adults). It was there I met a woman who had just returned from serving 6 months in Japan with OMF.

I asked about her time in Japan. In that 30-minute conversation, God answered all the questions and thoughts I hadn’t even realized I had. I knew without a doubt that God was calling me to return to Japan. I didn’t know for how long, but I was going to follow wherever he took me.

Almost immediately upon returning home after the conference in September, I applied to OMF, and by May 2019 I was in Hirosaki, Aomori, Japan to serve for six months.

My experience in Korea strengthened my calling to Japan 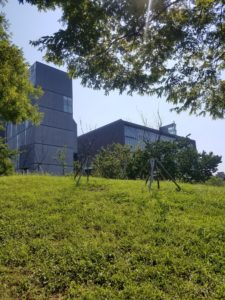 Three months after I arrived in Hirosaki I flew to Korea for a week so that I could renew my visa and continue to work in Japan. On Sunday I attended what is said to be the 8th largest church in South Korea (about 15,000 people), but I didn’t know how large the church was. So, as I walked

past the church the day before, I assumed the church just rented a floor or so in this massive, sleek office building.

On returning the next morning I found the building much more occupied — people were coming and going from every direction. I asked a young lady where the English worship service was held, and, as she directed me to the tenth floor of the adjacent building, I realized that the whole place was in fact the church.

The English service was held in a smaller, though still very spacious sanctuary. As the music of the worship service began I was washed over with the joy of singing the Lord’s praises with fellow believers, in my own language — something which I hadn’t realized how deeply I missed while being in Japan. To hear God’s Word preached in my own language and to fellowship and hear how the Lord is working in the lives of Christians was such a privilege and I praise God for that!

With tears welling up in my eyes and a yearning ache in my chest, I left the service. How I longed for the Japanese to enjoy a thriving relationship with Christ.

I had prayed if I was going to serve in Japan long term, God would make Japan feel like home instead of feeling foreign and unknown. I’m so grateful that God is answering that prayer and Japan has begun to feel like a second home.

When I was returning to Japan after that trip to South Korea I was overwhelmed with a homesick joy, and I realized how much I had missed being in Japan. After going to South Korea, a country that was completely new and foreign to me, the contrast of the now quite familiar Japan, showed me how truly at home I already felt in Japan.

But that yearning I’d experienced in that enormous Korean church stayed with me—I long for Japanese people to have a deep relationship with Christ. Please pray for the church in Japan to see vibrant growth and for the joy and freedom of Christ to transform Japan!

“Give thanks to the Lord, call on his name;
make known among the nations what he has done.
Psalm 105:1