coordinates and unifies the work of OMF (U.S.) to accomplish our vision to support our workers and engage the church. 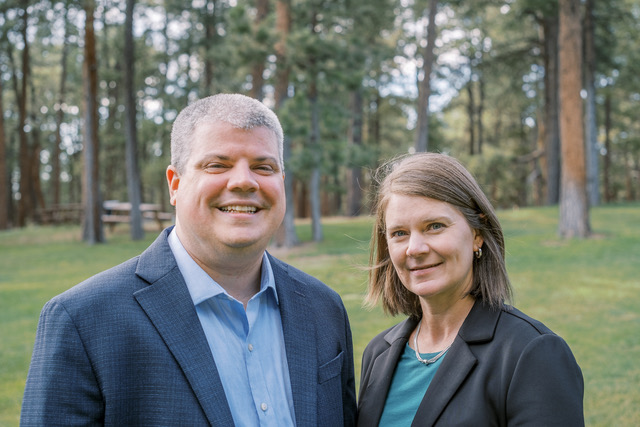 Investing in mission leaders for
tomorrow through discipleship.

James and Lisa Dougherty met in high school in Papua, Indonesia. Their third culture kid experiences lead both of them to intentionally seek God’s heart for the nations. They spent their college years preparing to go overseas.

God used this time to deepen James and Lisa’s heart for the church among East Asia’s peoples. As they helped Christians and churches around the world get involved with God’s work in Asia, their heart and vision for mobilization ministry grew wider and deeper.

Beginning in 2016, they served as OMF’s International Coordinator for Mobilization. In this role they supported mobilization ministries in forty OMF centers around the world. This provided opportunities to learn about how God is raising up his global church for missions.

In 2019, James and Lisa returned to the United States to serve as the OMF U.S. President and Co-National Directors. They live in Denver with their two children. Their home church is Fellowship Denver Church.

Give Now
Icons made by Smashicons from www.flaticon.com