James Hudson Taylor was born on May 21, 1832 into a family that prayed together and spoke often of other countries that had not heard the word of God. Yet when he was 17, he chose not to follow the God his family knew. The following is a personal account of what changed his life, as taken from one of his books, A Retrospect.

“I had many opportunities in early years of learning the value of prayer and of the word of God; for it was the delight of my dear parents to point out that if there were any such being as God, to trust him, to obey him and to be fully given up to his service must of necessity be the best and wisest course both for myself and others. But in spite of these helpful examples and precepts, my heart was unchanged. Often I had tried to make myself a Christian, and failing of course in such efforts, I began at last to think that for some reason or other I could not be saved, and that the best I could do was to take my fill of this world, as there was no hope for me beyond the grave.”

During this time, Hudson Taylor and his friends were skeptical of Christianity and turned off by “the inconsistencies of Christian people” who claimed to believe the Bible but “were yet content to live just as they would if there were no such book.” Taylor’s mother and sister persisted in praying for him. In June 1849, just one month after his sister decided to pray for him daily, he had a change of heart through reading a small tract. This changed his understanding of the change that God brings, and the completion of God’s purpose through the life of Christ.

Brought into saving faith through such a testimony, the power of prayer continued to be a valuable core of his life. He knew that “the promises were very real, and that prayer was in sober matter-of-fact transacting business with God, whether on one’s own behalf or on behalf of those for whom one sought his blessing.”

In the following years of his life, through poor health, financial pinches, and completion of his medical studies, he became a missionary in China. He sailed on the Dumfries in September of 1853 and landed in Shanghai on March 1 in the midst of a rebellion. As he spent time studying the language, he saw that many missionaries of his day had adopted rich lifestyles and that few had gone further inland to the rural and poorer areas. After six months he moved to a little house where he could get to know his Chinese neighbors. One day, however, as he watched a fire from a little balcony, a cannon ball hit a wall near him showering him with tile bits and landing in the courtyard below. Taylor decided to move back to the foreigners’ compound just before his house was burned to the ground. His mother kept the four-to-five-pound ball for years as a small token of God’s great protection of her son.

Together with his co-workers, Hudson Taylor began speaking and preaching and distributing literature in the nearby areas. However, when he saw that the Chinese people could only see him as an outsider he followed the example of Dr. Charles Gutzlaff, whom he called the “grandfather of the China Inland Mission,” and chose to wear the clothes of the common Chinese people. Although this made him the laughing stock of both foreign and Chinese onlookers, the effects proved his point and helped people see that what he preached was not such a foreign message after all.

The Founding of China Inland Mission

In 1857, Hudson Taylor resigned from the Chinese Evangelization Society and he and a co-worker founded a mission in Ningbo. The following year he married Maria Dyer, the daughter of another missionary family. They had 13 children (three of whom died at birth), but in 1870 Maria became very ill and died.

Hudson Taylor wanted to reach the Chinese in the rural and inland areas. He was convinced a new mission was needed for the task. However, the idea of shouldering such a burden troubled him. Suddenly, while on Brighton Beach a fresh truth dawned; the responsibility was not his but God’s! On the flyleaf of his Bible he wrote, “Prayed for the 24 willing, skillful laborers at Brighton, June 25, 1865.”

In 1865, Hudson Taylor founded the China Inland Mission (CIM). He knew there were millions of people who needed to hear the message of Jesus Christ and thus named the mission magazine China’s Millions. It is published today as East Asia’s Millions.

While stressing the need to preach widely, Hudson Taylor urged local churches to establish and mature, for church buildings to be of Chinese not foreign design, and for leaders of the churches to be Chinese Christians. His burden for the still unreached areas pressed him further. The first party of 18 sailed for China in 1866, and 18 more in 1870. In 1886, he issued another call for 100 new workers in two years; 102 were sent out by the end of 1887. In 1888, the first North American party was sent out.

Hudson Taylor was known as a man of prayer, just as he learned the power of prayer through his mother and sister. Also known as a “man of faith,” he would respond that he was “only a servant of a faithful God.” Hudson Taylor died on June 3, 1905 and was buried in Changsha, Hunan.

The CIM, known for a time as the Overseas Missionary Fellowship and now OMF International, was thus established and supported through his example and urgent requests for people to pray and go. May those of our generation uphold the word of our faithful God, living, preaching and praying according to his will wherever we may be.

HISTORICAL MARKERS ON OUR JOURNEY

“LORD, I have heard of your fame; I stand in awe of your deeds, LORD. Repeat them in our day, in our time make them known; in wrath remember mercy.” –Habbakuk 3:2

The early attempts to evangelize China.

Early attempts to evangelize China, such as those by Nestorian Christians in A.D. 635, were often met with persecution. By 1839 the Opium Wars had broken out and Protestant missionaries entering China in the 19th century found evangelization work to be restricted and slow-going. Around this time the Chinese Evangelisation Society (CES) sent Hudson Taylor to China.

Taylor served six years in China, during which time he married Maria Dyer, another missionary in China. When Taylor left China, God began burdening his heart for the millions yet to be evangelized inland.

The founding of the China Inland Mission (CIM).

With a heavy heart, Taylor walked on Brighton Beach where God revealed that Taylor would be the one to lead a new foreign mission to China. On that day, Taylor, in faith, prayed for 24 willing and skillful workers for each of China’s 11 provinces and Mongolia. 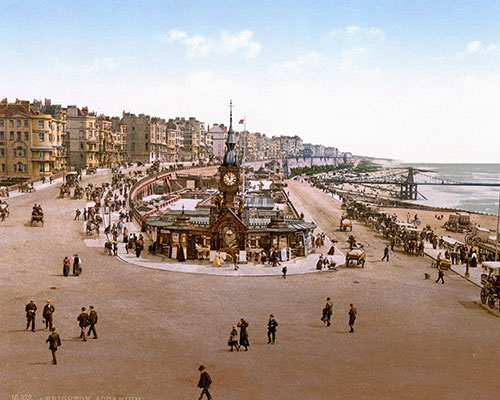 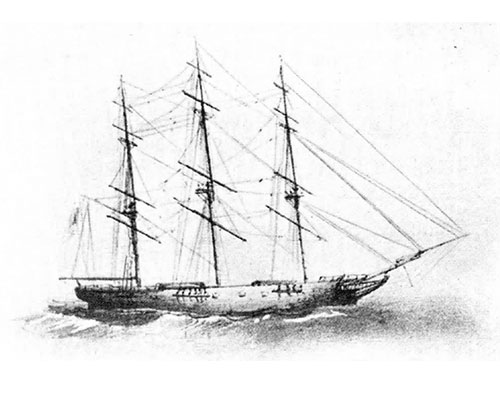 Taylor left England for China with his family and 16 workers aboard the Lammermuir. The CIM missionaries visited China’s provinces dressed in Chinese clothing, preaching the gospel and attempting to start churches. By the end of 1866, 24 workers were active in four stations across inland China.

The years following 1870 were some of the darkest in the history of the mission due to low finances, political upheavals and poor health of the missionaries. Yet a call for 18 more workers was made. A period of expansion followed as 18 new workers, two by two, took up residence in nine new provinces. 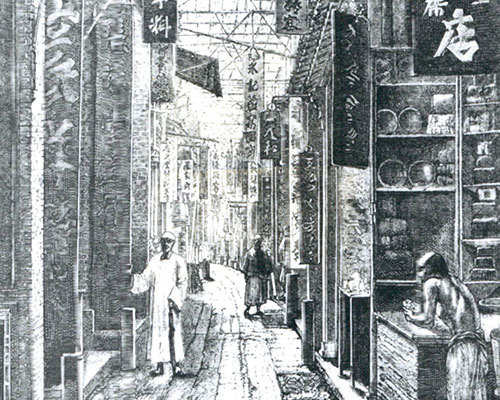 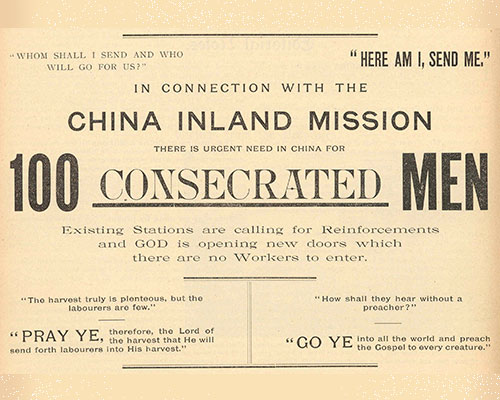 With the total number of missionaries at barely 100, a call to pray for 70 new workers went out. In response, God provided 73 new workers within three years. The Cambridge Seven followed close behind. God’s provision continued when the call for 100 went out in 1886 and 102 workers sailed for China within the year.

Hudson Taylor made his first North American visit, speaking in cities across the United States and Canada. By 1901 the CIM established an office in Philadelphia, Pennsylvania to facilitate the mission’s work in North America. 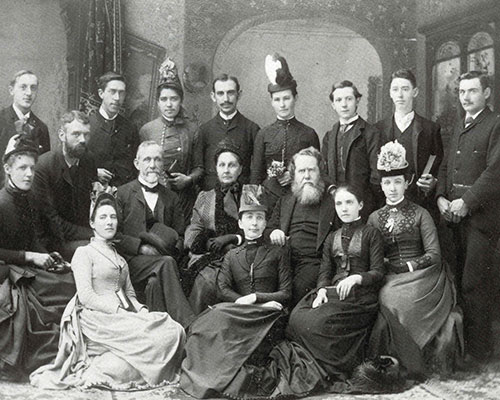 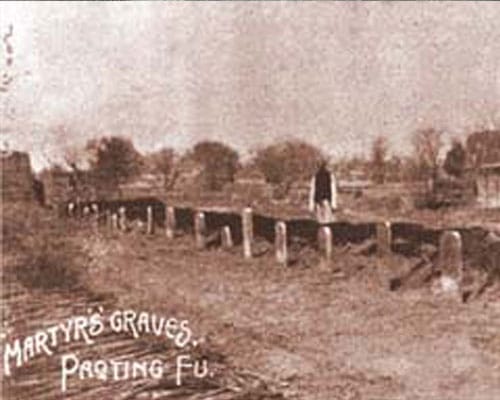 Boxer Rebellion, a reign of terror.

In a reign of terror, the Boxers set out to exterminate all foreigners in China. Hundreds of missionaries and Chinese Christians were put to death. The CIM alone lost 58 missionaries and 21 children as martyrs. During this period, the work force of the CIM increased to 933 people.

After 50 years of active service for China, Hudson Taylor died on June 3 in Changsha and was buried in Zhenjiang next to his first wife, Maria. 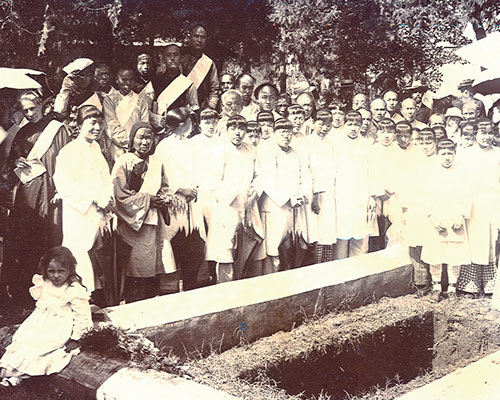 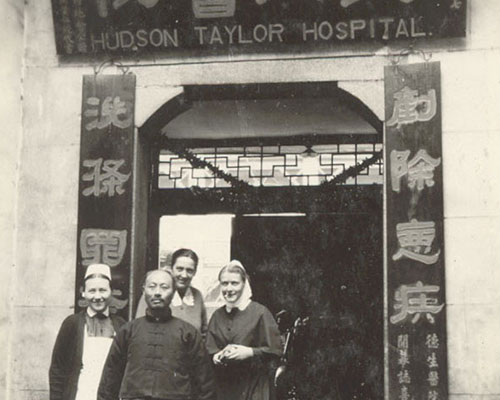 Years of growth for the CIM.

Early ministries of the CIM involved starting churches, supporting literature work, evangelism and running hospitals and schools. By 1915, 1,063 workers were located at 227 work stations throughout China. The mission’s peak was in 1934 with 1,368 missionaries serving 364 stations.

Darkness reigns, but the CIM calls for 200.

A tumultuous political situation resulted in Christians across China being persecuted, tortured and put to death. Half of the overall missionary community left permanently. In the midst of darkness, the CIM issued a new call for 200 new missionaries over two years. By 1931 there were 203 new missionaries on the field. 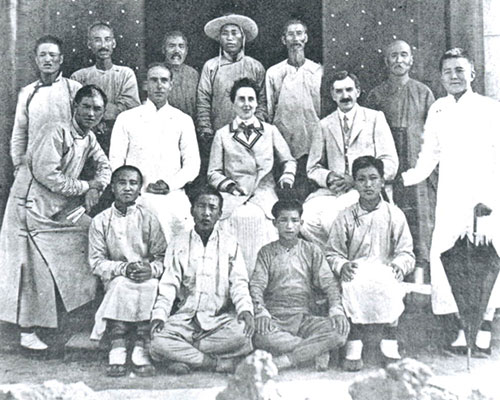 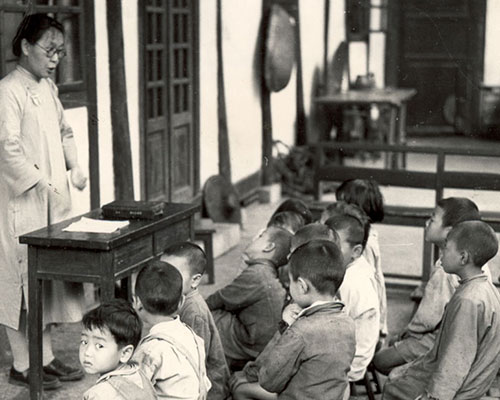 Continued growth and many baptized.

The CIM had more than 1,300 missionaries and almost 200,000 Chinese and minority people had been baptized by 1939. During World War II and the years that followed, missionaries shared the gospel among university students and professionals, even government leaders. 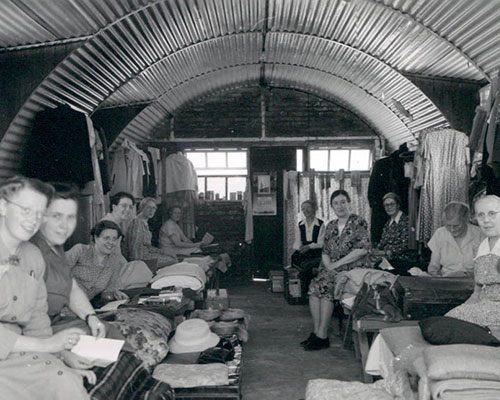 The “reluctant exodus” from China.

Communism took over China in 1949. Many missions pulled out, but despite the difficulty for all foreign missionaries, the CIM first issued a call for missionaries to stay and then brought 49 new workers in 1948 and 1949. In 1950 the CIM General Director deemed that further work in China was impossible and ordered all missionaries to leave.

The future of the CIM decided.

The CIM decided that, rather than dissolve, the mission would continue and expand to new fields: Thailand, Malaysia, Japan, Philippines, Indonesia and Taiwan. A new headquarters was established in Singapore. 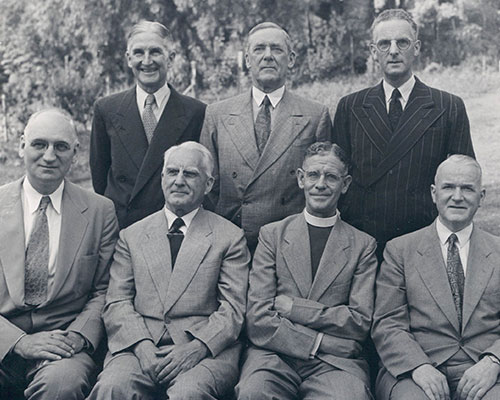 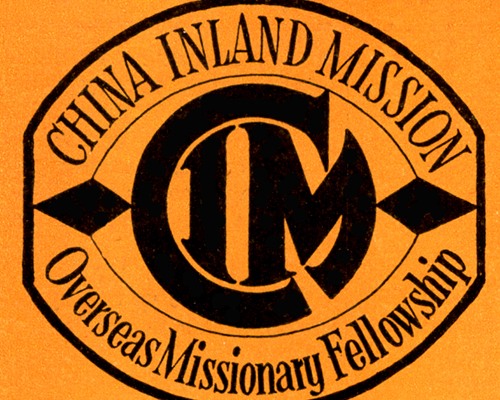 Expanding the identity of the mission.

The China Inland Mission changed its name to Overseas Missionary Fellowship (OMF) in 1964 (and then to OMF International in 1993). The mission began accepting Asians into membership and set up home offices in eight regions of East Asia.

Growth and expansion throughout East Asia.

Discovering great pockets of need that included totally unreached people groups in the countries surrounding China, the Overseas Missionary Fellowship decided that God wanted them to move forward in new faith. Home councils were formed in Japan, Korea, Singapore, Hong Kong, Malaysia, the Philippines, Taiwan and Indonesia. In 1988 Christian professionals were sent into China and in the 1990s outreach began to six more creative access nations and the name was changed again to OMF International. 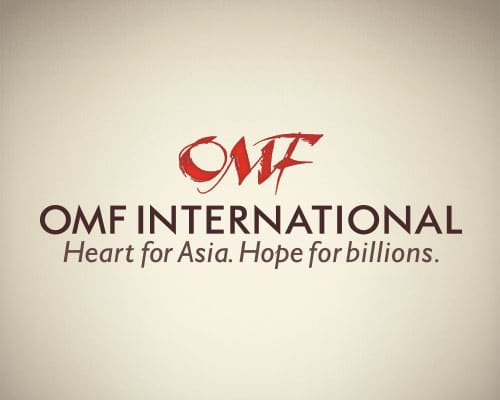 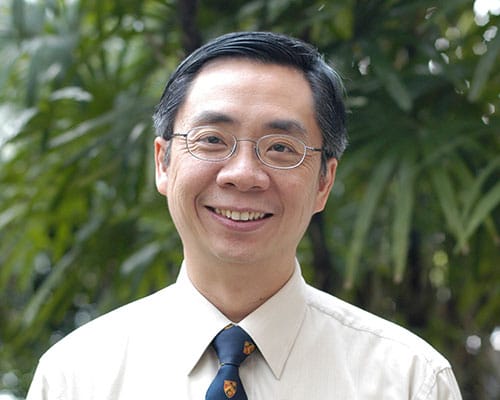 Dr. Patrick Fung became the General Director and the first Asian believer to hold this position for OMF International. The OMF International leadership sought God and determined a faith goal for 900 new workers by 2011. By October 2010, 499 new members, affiliates and associates had been added to the fellowship since 2006. 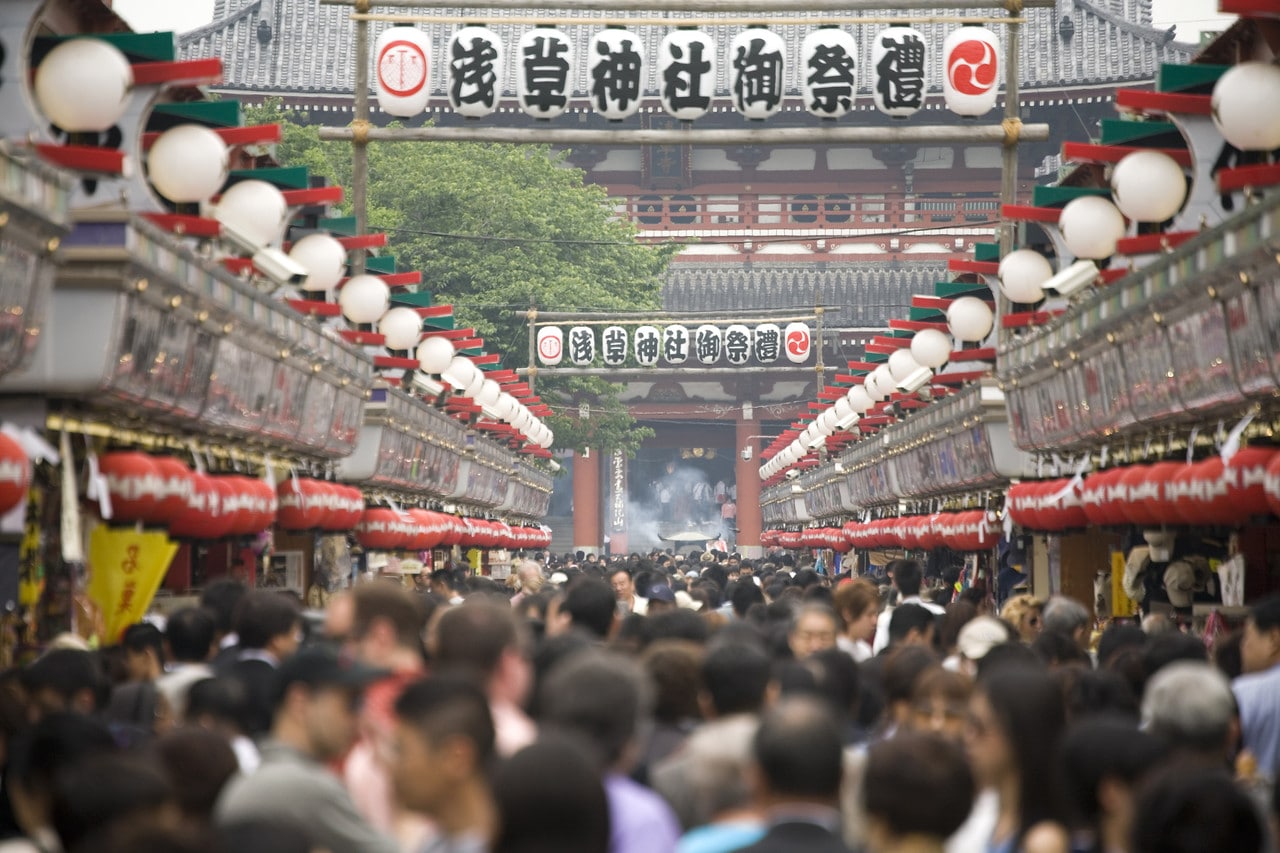 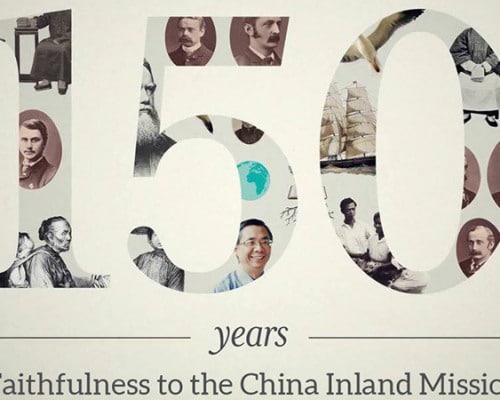 Today we are a team of over 2000 workers, from 40 nations, serving approximately 100 people groups in East Asia – and among the Asian Diaspora world wide. In 2015 OMF International celebrates 150 years of God’s faithfulness to the mission.

WANT TO STAY UP TO DATE?


Subscribe to our blog for the latest OMF International news, stories from the field, ways to pray, and testimonies of God at work.