“Nations will come to your light, and kings to the brightness of your dawn,” (Isaiah 60:3).

As the new year begins, many Christian workers will be following up with nonbelievers who attended Christmas outreaches in December. Pray for East Asians who have heard the message of Christ but not yet put their faith in Jesus. Pray for God’s Spirit to move in their hearts and for spiritually significant conversations with believers in the new year.

The Japanese are the second-largest unreached people group in the world. Still, God is drawing the Japanese to himself. Praise God for the new faith of Japanese believers, especially those among married couples where only one has accepted Christ as their personal Savior. Pray that new believers will grow in faith and that their spouses would be affected by the changes they observe.

Increasing numbers of Chinese are moving to East Africa where there are many major engineering and infrastructure projects. One Christian worker reports that, “When we visit the Chinese working there, we often sense their great spiritual needs.” Ask the Lord to raise more workers for the pressing harvest among Chinese in Africa.

Pray that God would raise up Christians from Myanmar, Thailand, China and other nearby regions to go and live among the Shan peoples. Pray that Lisu, Lahu, Wa and Kachin Christians who reside in Shan areas would live out their faith and share the gospel among their Shan neighbors. Intercede for more expatriate workers to humbly learn the language and serve the Shan.

Some young Vietnamese Christian leaders desire to study abroad at Bible schools or seminaries in places like Singapore or the Philippines. Such opportunities require a good grasp of English and provision of the required finances, but the experiences are often hugely impactful in the lives of the leaders who go. Thank God for the opportunities these Vietnamese believers have to study in other parts of East Asia and pray for God’s provision for the daily needs of these students.

Praise God for some encouraging things happening in a particular urban poor church in Cambodia and in the lives of people of the church, including successful outreach to non-believers through English programs and three young women who recently were baptized and joined the church.

Pray for opportunities to make OMF (U.S.) more widely known in churches and among church and mission leaders across the U.S. Pray for a sensitivity to the Holy Spirit’s guidance that will enable OMF mobilizers to seize each opportunity God intends in calling more workers to cross-cultural ministry.

Pray for breakthrough in Japan

Japan, the world’s third-largest economy, is made up of nearly 7,000 islands. Japan’s role in the international community is considerable. 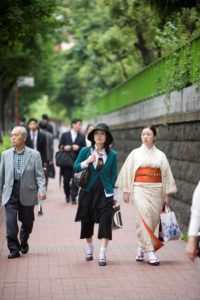 An aging population, stagnant economy, long working hours, increasing rates of singleness, and mental health issues are some of the reasons that Japan ranks among the least happy of the richer developed nations. The suicide rate, although falling, remains the sixth highest in the world, and a recent government survey found that 25% of the population had contemplated suicide.

Most Japanese identify as both Buddhist and Shinto, but surveys have shown that only one-third of people profess a religious faith. This apparent anomaly is due a difference in how “religion” is understood. Most Japanese are not interested in religious beliefs, but rather practice religion for the functions it fulfils in their lives. A person may have a Shinto dedication at birth, a Christian-styled wedding, and a Buddhist funeral. Many people practice multiple religions, since each religion provides different benefits at different times.

Fewer than 1% of Japanese people know Jesus. Hundreds of towns and villages and even some cities are without a church. The Japanese church is facing issues such as aging congregations and a lack of pastors and seminary students. Many Japanese people are too busy to have time to consider the gospel. When people do believe, they may face pressures, for example by non-Christian spouses not to attend church, or by families to participate in rituals at the Buddhist family altar or Shinto god shelf, or by communities to take part in communal activities on a Sunday morning.

OMF staff have been working in Japan since 1951, initially in Hokkaido, and then in Aomori Prefecture, Sendai, and the Greater Tokyo Area. Work has also begun in Iwate Prefecture which was badly affected by the tsunami in 2011. OMF seeks to glorify God by serving with others to make disciples of Jesus Christ. To this end OMF workers are involved in planting churches, student and youth work, theological education, and partnering with like-minded organizations.

“Lord, thank you for your work in Japan. We ask you to send more workers to share your gospel with the Japanese people. Please encourage and strengthen the Japanese church. May it capture the vision of missions and grow in missions sending. Please open up more areas of partner-ship between the church and other like-minded organizations. Please raise up many missionaries from Japan to bless peoples in other parts of the world.”