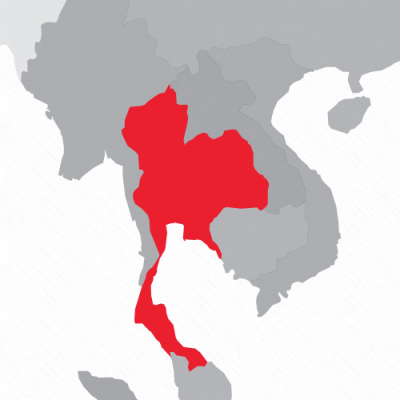 The Kingdom of Thailand, formerly Siam, is known for its tourist industry, Buddhist temples and long-reigning monarch. The country has suffered recently from unrest in the south, and the tsunami of 2004 and flooding in 2011.

The population is unevenly distributed, with the greatest concentration of people in the central region.

Ethnic Thai people make up the majority of population. Chinese are well integrated into the Thai population. Malay in the South and minority ethnic groups in the North are about 5 percent of the population.

There are over 30,000 Buddhist temples and around 300,000 monks in Thailand. Nearly all Buddhist men enter a monastery for at least a few days or months.

Nearly all Muslims live in South Thailand or metropolitan Bangkok. Islam is the majority religion in Narathiwat, Pattani, Yala and Satun provinces.

Thai, a member of the Tai language family, is the chief language. Four regional dialects are in use. Lao, Malay (in the south) and Mon-Khmer languages are also spoken, including many distinct languages among the hill tribes of the North. English is taught in all schools and colleges and is sometimes used in commerce and government. However, most Thai people are unable to communicate in English.

Thailand measures 319,380 square miles and contains many topographical contrasts. The north and west are mountainous, the northeast is a huge plain, the central plain is fertile and exceedingly densely populated and in the south there are narrow coastal plains and mountains. A high percentage of the country is rural.

Thailand has a moist, tropical climate influenced by monsoon winds. The hot season (February to May) sees temperatures reach 104°F (40°C). During the wet season (June to November) temperatures reach 79-99°F (26-37°C) with cooler temperatures of 55-92°F (13-33°C) from December to February. Inland areas are the hottest.

Thailand is unique in Southeast Asia in that it has never been a dependent of another nation (Thailand means “land of the free”). Thai women are active in business affairs, professions and the arts. No single outside culture has ever dominated the entire area.

Thailand emerged as a kingdom in the 13th century and over the next four centuries enlarged its borders through conquest. During the 1800s British influence grew with trade, the country began to modernize, and Thailand kept its independence by ceding land to the colonial powers (Cambodia and Laos to the French; part of Malaysia to the British).

During World War II, other than granting passage to the Japanese, Thailand turned to the Allies in July 1944 and joined the United Nations in 1946.

The present King Bhumibol Adulyadej, or Rama IX, ascended the throne in 1946. Rule by benign military dictatorship was stable until 1973, when efforts to develop democracy ushered in two decades of mainly peaceful military coups, political and social unrest and uneasy coalitions until a non-military government was achieved. Through it all, the king has remained a stabilizing influence, being well respected and loved by the people. He is the world’s longest-serving head of state.

Although Thailand’s material prosperity continues to increase, other factors make future stability uncertain. In 2006, a military coup overthrew a popular prime minister and set off a new round of political struggles and popular protests that have revealed deep divides among the Thai people, especially between different social and economic classes.

Natural disasters have also brought much suffering to Thailand in recent years. In December 2004, an earthquake in the Indian Ocean and subsequent tsunami killed over 6,000 people and destroyed countless homes and businesses along the west coast of Southern Thailand. In 2011, Thailand saw the worst flooding in 50 years, sending one-third of the country under water. Many people lost all their possessions and livelihood, being stranded in makeshift relief centers for weeks or months.

The first missionaries came to Bangkok in 1828, but it was 12 years before the first sustained missionary presence was established. After 19 more years, they baptized their first convert. Official antagonism, persecution, and the short lifespan of missionaries hampered the growth of the church. The churches in the north of the country remain the strongest in Thailand, with 57 percent of the country’s Christians being from this area.

OMF International came to Thailand in 1951, relocating from China to other parts of East Asia. They chose several different fields of work.

In the north, OMF International missionaries (including the writer Isobel Kuhn) worked among the hill tribes: the Mien (Yao), Hmong (Meo), Akha and Lisu. In 1956 a Bible training center was opened at Phayao for the training of Thai and tribal Christians for the pastoral ministry. OMF International also began outreach to the Pwo Karen and Shan. In North Thailand, OMF International works to enable Christians from hill tribes to travel across geographical borders with the gospel, as well as church planting in the cities.

In Central Thailand, there was no viable Christian witness until OMF International arrived in 1952. The first priority was to share the gospel. Mission stations were opened in provincial towns, literature and Scripture portions were distributed, films were shown and during the dry season evangelistic projects were possible. Medical clinics were first opened in 1954. Today, OMF International remains committed to pioneer evangelism, working in partnership with the Thai church so that it becomes self-propagating. Other priorities are leadership training and discipleship. Some Thai have responded readily; others remain totally closed to the gospel.

In Bangkok, OMF International set up its national headquarters, a publishing house and other centralized ministries. In 1966 OMF International began a student ministry, leading to the founding of the Thai Christian Students (similar to UCCF). Student work continues today.

In 1971 OMF International helped start the Bangkok Bible College and Theological Seminary. Since the 1970s church work has been a priority.

In the south, there was no sustained Christian work before OMF International sent medical personnel in 1952. Saiburi clinic opened in 1956 and village leprosy clinics in 1966. Some Thai and Chinese people embraced the gospel, but the response among the Malay population has been quieter.

The Thai church is steadily growing, but it is still very small. It is now beginning to send some missionaries and short-term teams with OMF International as well as receiving them. 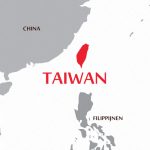 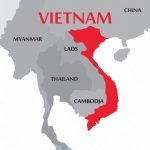