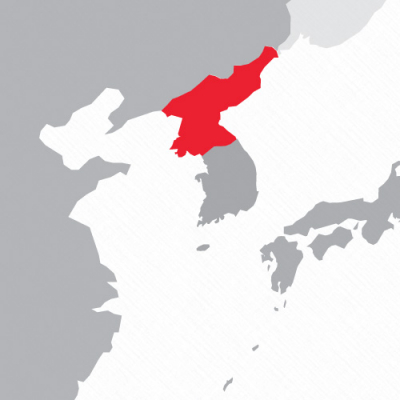 The Democratic People’s Republic of Korea (DPRK, also known as North Korea) is probably the most closed country in the world. While the last 25 years have seen the dramatic collapse of Communism in the Soviet Union and Eastern Europe and the steady opening up of Asia’s other Communist countries, North Korea has fought hard to remain tightly shut. But its door is now slightly opened.

North Korea, like South Korea, is ethnically homogeneous, with a few ethnic Japanese and a small Chinese community beside the Korean majority (99.8%).

Since its formation in 1948, all religions have been heavily repressed. Currently, the DPRK is rated by Open Doors as the most hostile country for Christians to live in the world. Christians meet in secret, in small house churches gathering in fields, attics, caves, dugout areas and enclosed spaces inside houses. It is difficult for more than a handful of people to meet together at one time. Any unauthorized assembly and possession of Bible are considered punishable crimes. A few government-sponsored churches exist to provide the illusion of religious freedom. By God’s grace, the underground church (300,000) has not only survived, but it is growing. However, the majority of the North Korean people have never heard the name of Jesus.

Korean: similar to Japanese in grammar and contains many borrowed Chinese words.

Korea is a mountainous peninsula jutting south-eastward from the border of Northeast China. It also borders the Sea of Japan (East Sea) and the Yellow Sea. North Korea’s terrain is dominated by steep mountains and deep, narrow valleys.

North Korea has a temperate climate with rainy summers. The winters are cold, with snowstorms and northern/northwesterly winds from Siberia. Winters are especially harsh in northern regions. Average high and low temperatures in Pyongyang are 27°F (-3°C) and 9°F (-13°C) in January; 84°F (29°C) and 68°F (20°C) in August.

Korea was occupied by Japan from 1910-45 and partitioned after World War II between the occupying forces of the U.S. in the south and Russia in the north. In 1950, North Korea invaded the South, beginning the Korean War. North Korea was supported by the Chinese; South Korea by the U.S. and UN forces. An armistice was signed in 1953. Today, there is a fortified border between the North and South (Demilitarized Zone) that forms one of the most impenetrable borders in the world.

The history of North Korea is dominated by Kim Il-Sung, who ruled for nearly 50 years and introduced the Marxist-Leninist philosophy of “Juche.” Juche (pronounced “ju-chay”) means “self-reliance.” The basic premise is that man is the master of everything; the master of his own destiny. Kim Il-Sung said, “The Juche Idea means, in a few words, that the owner of the revolution and construction are the masses.” In the early years of the DPRK, this ideology was a strategic means of developing a sense of national independence. In 1977 “Juche” replaced “Marxism” in the North Korean constitution.

The Communist basis of Juche became intertwined with the cult of personality developed by Kim Il-Sung. Citizens bowed before the statues and portraits of the leaders. Talking of North Korea without mentioning Kim Il-Sung is like speaking of Christianity without God. Kim Il-Sung taught the North Koreans that he and the Communist Party provided for all their needs. He was seen as the almighty absolute being and savior. All university students attend classes in Juche and Kim Il-Sung’s ideas are taught to the whole population from kindergarten onwards. After Kim Il-Sung died in 1994, the post of president was assigned to him “eternally.” Footage of Kim Il-Sung’s memorial ceremony showed the North Koreans lamenting as if their savior had died. His birthday is still celebrated as a public holiday in North Korea.

During the 1970s and 1980s Kim Il-Sung began training his son, Kim Jong-Il, then the head of North Korea’s special forces, to be the next ruler. Kim Jong-Il ruled NK for 17 years and died in December 2011. He is revered in much the same way as his father. He defied global condemnation to build nuclear weapons while his people starved during the mid-1990s’ food crisis. However, he unswervingly stuck to the Juche ideology and propagated the songun (army first) principle. Upon his death in December 2011, through another dynastic succession, Kim Jong-Il’s youngest son, Kim Jong-Un, now leads North Korea. He has pledged to continue the policies of his predecessors.

Relationships with the strongly anti-communist South Korea (SK) began to improve in the mid-1980s, and the border was opened to allow occasional family visits. In 1994 relationships were severely strained as North Korea began saber rattling about nuclear-weapons development. As part of the pact resolving this, North Korea agreed to resume high-level talks with South Korea. A breakthrough came when SK’s President Kim Dae Jung visited Pyongyang in 2000, which began 10 years of “sunshine policy” by SK, leading to a stable relationship between the two countries, increased economic partnership and tourism activities. However, North Korea’s expects reunification on its own terms, including unification under one leader who rules all politics, allegiance, religion, education and finance. Their relationship became strained when the newly-elected SK President Lee Myung Baek revoked the Sunshine Policy in 2008. In 2010, the sinking of a SK navy ship and the bombardment of a SK island led to the death of some 50 people, including civilians. This has led South Koreans to be less optimistic about the prospect of reunification.

Two to three million people are thought to have died of starvation in North Korea since 1994.

The outside world became aware of a serious food shortage in North Korea in 1991. Natural disasters including floods in the 1990s and droughts in 1996, 2000 and 2001 led to failed crops, the loss of agricultural land and livelihoods and the displacement of an estimated 5.4 million people. During the late 1990s the authorities were unable to supply food. As well as the numbers starving to death, the shortage has led to malnutrition and stunted growth in children and attempts by citizens to steal food or defect to China or South Korea. With a poor harvest in 2011 and severe drought in early 2012, there are reports that the DPRK is undergoing a similar food crisis today with conditions at their worst since the late 1990s. The recent severe flooding in July 2012, coming so soon after a dry spell, is likely to worsen the food shortage. In June 2012, a UN report said that two-thirds of North Korea’s 24 million people face chronic food shortages.

The gospel came to Korea in 1866. The first Protestant church was planted in 1884. Revival occurred in Korea from 1903-1908, largely centered in the North, but influencing many parts of the country. Pyongyang was then called, “Jerusalem of the East.” One reason suggested for the greater response in the North is that the northern Koreans were traditionally more independent and less bound by Confucian morality compared to their cousins in the south, and therefore more open to the gospel. The Korean church grew rapidly from 1906-1910 and by 1912 there were about 300,000 Korean church members out of a population of 12 million. Careful Bible teaching, praying in unison, confession of sins and evangelistic effort were the distinctive marks of the revival.

Japan colonized Korea in 1910 and many Christians were reportedly martyred. Another outpouring of the Spirit occurred in Pyongyang in 1945-1947 after the Communists had seized power in the north. By the end of 1946 the revival had spread widely, but Communists arrested its leaders.

Today there are a few “show churches,” but most Christians worship in underground house churches. FEBC radio broadcasts from South Korea can also be heard by North Koreans using special radios (most radios have been pre-tuned to government stations to prevent people hearing outside broadcasts).

As many as 100,000 Christians are reportedly being held in prison camps in North Korea, treated as political criminals because of their beliefs. Christians have reportedly been martyred, are said to be treated more harshly in some cases and receive an indefinite sentence. 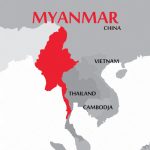 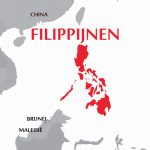