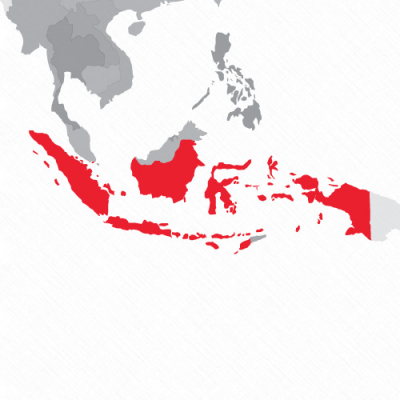 The Republic of Indonesia is a young country of great cultural diversity and natural wealth. Indonesia is home to both the largest Muslim population of any country in the world and the largest number of Christians in Southeast Asia.

The national language is Indonesian [Bahasa Indonesia], which developed from the Malay trade language. However, there are 726 different local languages and most Indonesians are bilingual or trilingual. English is taught in all schools.

Indonesia is known for its natural history and topography. It contains more volcanoes than any other country and most of these are still active. The island chain created by these volcanoes connects Asia and Australasia and is the world’s largest archipelago: over 17,000 islands stretching 3,200 miles along the equator. Nutrient-rich volcanic soils make them the world’s most fertile islands. Six thousand are inhabited.

Indonesia’s climate is tropical, with a wet season and a dry season. Average temperatures are 74-86°F (23-30°C), varying little from month to month. Humidity averages 80 percent.

In the 7th and 8th centuries Hindu and Buddhist kingdoms ruled in Java, Bali and Sumatra and had a profound influence on Indonesian life and values. From the 13th century Islamic influence in Indonesia blossomed as many of Indonesia’s ports became trading centers for Muslim traders.

In the 16th century Portuguese traders, along with English and Dutch adventurers, arrived seeking spices. In the 17th century the Dutch became dominant and began to expand their control over the islands. Eventually the Dutch government took over from the Dutch East India Company and made the islands a Dutch colonial territory. Western liberal values entered Indonesian culture through this experience.

During these years the influence of Islam grew as a rallying ideology against Dutch exploitation. The Chinese trading community prospered as the middlemen between the Western rulers and the indigenous peoples.

In 1942 the Japanese “liberated” Indonesia. Two days after the Japanese surrender at the end of the World War II, Soekarno and Hatta declared the independence of the Republic of Indonesia. Soekarno became the first president. The Indonesian 1945 Constitution is based on a set of five principles called Pancasila. It is taught in all schools and universities as the foundation for national, religious and social life. The national motto is “Unity in Diversity.”

By the 1960s inflation had spiraled out of control and there were food shortages. After a failed communist coup in 1965 Soekarno was displaced. General Suharto became the second president. Under him, Indonesia prospered and developed, but there was also corruption and oppression.

Following the East Asian economic turndown of the late 1990s and under intense popular pressure, Suharto resigned. His vice-president, Habibie, became Indonesia’s third president in 1998 and sought to move the country towards democracy. In 1999 Habibie authorized a referendum in East Timor. It overwhelming vote for independence was reluctantly accepted by Indonesia. The army destroyed much of the infrastructure before leaving.

These have also been years of social upheaval. More than 500 churches have been burned down and many more have been closed. There has been inter-communal fighting between Muslim and Christian groups in Maluku and Central Sulawesi. Frequently conflicts have been initiated by outside “jihad” warriors demanding that the local Muslim communities take control of mixed Christian land areas. The Bali bombings have led to a government clampdown on the activities of these jihad groups, to the relief of the local minority peoples.

The provinces of Papua and Naggroe Aceh Darussalam have battled for independence. The earthquake and tsunami on December 26, 2004 checked the long-running war in Aceh, where over 230,000 people died.

The Portuguese brought Roman Catholicism to Indonesia in the 16th century. There was some missionary effort and the Dutch Bible Society translated the Bible into Malay. However, the Dutch were primarily interested in the economic exploitation of Indonesia and forbade all missionary work among Muslim peoples until 1855.

In the 19th century the evangelical movement in Europe mobilized new missionaries to Indonesia. Whole ethnic groups turned to Christ from their traditional religions. Nowhere else in the world has so large a Christian community been established in the midst of Islam. So far, however, the church has had little impact on the many Islamic ethnic groups.

In the mid-20th century, Japanese “liberation” led the churches to independence and thus a recognized place in the nation’s affairs. Revival came to some places in the 1960s and 1970s, when tens of thousands of people joined the churches, including many from Muslim backgrounds.

In the early 1950s members of the China Inland Mission (now OMF International) who had to leave China made contact with Chinese-speaking churches in Kalimantan. Links were then made with established Indonesian churches. They invited OMF International to help encourage and teach their members and to mobilize them for evangelism.

Today, according to Joshua Project and Operation World, there remain more than 200 people groups unreached by the gospel in Indonesia.

Indonesia is home to more than 200 unreached people groups, including one of the world’s largest, the Sundanese (32 million). Pray for these groups: 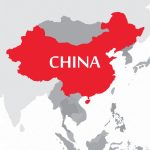 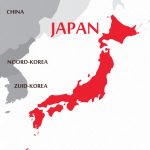